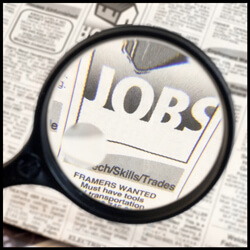 1/13/11: In the markets, as in life, there are no guarantees but everyone is entitled to their opinion. Here’s my opinion on the financial markets today.

U.S. stocks opened nearly unchanged this morning as market participants digested strong two-day gains for the equity markets.  Higher jobless claims weighed on futures some this morning, although the weather and the holidays are the likely culprit.  On today’s economic data calendar are metrics on wholesale inflation and trade balances.  European stocks dipped as the European Central Bank and the Bank of England maintained the status quo, as expected, while the Japanese and Hong Kong markets were higher on strength in Financials.  Crude and industrial metals are down slightly while most key agriculture commodities and precious metals were higher.

On Wednesday, stocks rallied on encouraging news out of Europe on the strength of a successful Portuguese bond auction and talk of additional European rescue funds.  The Financials sector led the way on the positive spillover effects from Europe along with support from analyst upgrades.  The Resource sectors also performed well on broadly higher commodity prices as the dollar weakened.  Lower inventories raised crude to near $92 while tight supplies in certain crops boosted the agriculture indexes.

Around the Fi Plan offices this morning, we were discussing three items that we thought would be of particular interest to our readers:

The Beige Book points to stronger, but still uneven, growth in December and early January. The Fed’s Beige Book, a qualitative assessment of economic activity in each of the 12 regional Federal Reserve districts, found that the economy continued to expand between the December 14th FOMC meeting and early January.  Business and banking contacts reported better hiring, good holiday sales, and some improvement in commercial real estate.   Wages, which account for 70% of business costs, continue to be quite subdued, suggesting that widespread consumer inflation is unlikely any time soon.

Producer prices surge on higher gasoline, food and tobacco prices. The overall producer price index (PPI), a measure of what producers pay for inputs to their businesses, rose 1.1% month-over-month in December, led by gasoline at +6.4%.  This data seems to confirm that rising commodity prices are beginning to impact input costs.  However, due to the large amount of spare capacity in the economy, producers are having a hard time passing on these higher prices to the end user.  The December CPI report, a measure of consumer prices, is due out tomorrow.

Trade deficit narrows in November and 4th quarter GDP is likely to be revised up. The nation’s trade deficit narrowed in November as exports grew faster than imports.  The inflation-adjusted trade balance in the first two months of Q4 2010 averaged around $45 billion per month versus the nearly $50 billion average monthly deficit in Q3 2010.  The narrower trade gap in Q4 versus Q3 means stronger GDP growth.  Estimates for Q4 GDP growth, which have centered in the 4% range, are now likely to be revised upward towards 4.5%.  The Q4 2010 GDP report is due out at the end of this month.  Despite the narrower overall trade gap in November, the U.S. trade deficit with China widened again.  This larger trade gap could draw more attention from Congress during 2011.