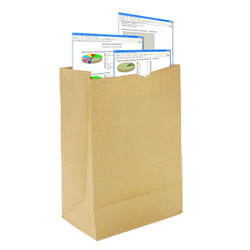 1.06.2011: In the markets, as in life, there are no guarantees but everyone is entitled to their opinion. Here’s my opinion on the financial markets today.

While retailers’ same-store sales and a slight increase in jobless claims were somewhat disappointing at first glance, the market remains flat this morning due to the fact that the data on both of these metrics were in line with expectations. Markets overseas are broadly higher this morning aided by two primary factors: (1) Germany’s economic numbers are strong, and (2) Asian markets are reacting favorably to yesterday’s data from the United States. Financials led the sector rankings yesterday as strength in banks and credit card stocks were aided by a steeper yield curve as long-dated Treasuries sold off and optimism increased that loan demand is beginning to pick up again. By contrast, the rising interest rates impacted the Utilities sector negatively, causing it to be the only sector in the red yesterday.

There were four items of particular interest that we were discussing in the office this morning that we wanted to share for the benefit of our readers:

Weekly jobless claims increased in the latest week, but validity of the data is questionable this time of year. 409,000 individuals filed claims for unemployment benefits in the week that ended January 1st, an increase of 18,000 from the prior week. As always, it’s hard to have good data for that particular week with the end-of-year holidays. In addition, bad weather along the east coast and a shorter-than-usual workweek probably also distorted claims. Distortions aside, claims have been in a downward trend since August 2010, but are not yet suggesting robust job growth. Jobless claims need to be more in the 350,000 range on a consistent basis in order for the national unemployment rate to drop.

The December employment report comes out tomorrow morning. The market is looking for the economy to add 170,000 private sector jobs in December after an anemic gain of 50,000 in November. Estimates have been moving higher in recent days, with the ADP survey showing that nearly 300,000 private sector jobs were added in December, although the “higher range” from the government data would be only 235,000 jobs added. Even if this government reported higher range turns out to be accurate, the labor rate would still not be growing fast enough of help unemployment. The “corollary” to this is that the Fed would have no reason to end QE2 early.

The December data from retailers is a “mixed bag.” More retailers “missed” on their sales targets than exceeded them, although the “across the board” increase in sales came in at around 3%, which was in line with expectations. High-end retailers and those that cater to teens performed very well.  The government’s much broader data on retail sales will be out at the end of next week.

New House budget rules could potentially increase the deficit. Simply put, the new House rules will allow lawmakers to cut taxes without having to offset the cost with savings somewhere else in the budget. When Democrats controlled the House from 2007 to 2010, they required tax cuts and spending increases to be “paid for,” although they would waive the requirements when they considered them too burdensome.