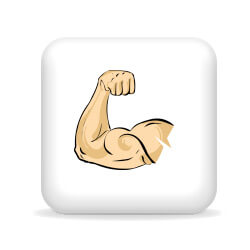 1/05/2011: In the markets, as in life, there are no guarantees but everyone is entitled to their opinion. Here’s my opinion on the financial markets today.

Where stocks were somewhat lower Tuesday as the market took a “breather” to digest some of December’s gains, this morning those losses have been largely pared back (but not entirely) due to a strong ADP jobs report.  The ADP survey revealed that private sector employers added 297,000 jobs in December, the largest monthly gain in the 10-year history of the series.  What was most exciting to us here at Fi Plan about the ADP report was that small businesses added to payrolls for the tenth consecutive month in December, the longest stretch of gains since mid-2007 (pre-recession).

In addition to the ADP jobs survey results, the market will also be focused on three other news items.  First, there are a number of economic reports on the calendar today, with weekly mortgage applications, oil & gas inventories and the Challenger layoffs report being of primary focus.  Second, Portugal is conducting its Treasury bill auctions, which keeps the European debt crisis in focus.  Finally, the Fed’s FOMC meeting minutes were released, confirming the Fed’s commitment to its bond purchase program while acknowledging improving economic conditions.

There were three items of interest to us in our morning discussions here at the office that we particularly wanted to share with our readers:

Minutes of the December 14, 2010 FOMC meeting confirm that the Fed ending Quantitative Easing (QE2) early is not likely. Simply put, the Fed will need to see much stronger economic growth and much higher core inflation readings before it would consider ending its QE2 program.  The FOMC also noted that not enough time has passed to fully calibrate the impact of QE2.  The next FOMC meeting is January 26th, and prior to that, Chairman Bernake will testify before Congress this coming Friday.

Mortgage applications are up. Applications for mortgages for the purchase of a home have actually increased by 9% since mortgage rates began moving higher in early October.  This is a sign that some stability may be returning to the housing market that is still in distress.