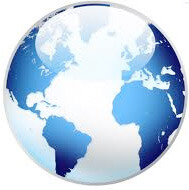 1/04/2011: In the markets, as in life, there are no guarantees but everyone is entitled to their opinion. Here’s my opinion on the financial markets today.

Now, this is the way to get a New Year started!  Positive data from all parts of the globe has given the markets a strong start to 2011.   Solid manufacturing surveys from both the United States and Europe, coupled with evidence that China’s growth is moderating, sparked a strong stock market rally on the first trading day of 2011.  All ten S&P sectors rose Monday, although Consumer Staples posted just a .2% gain after Clorox lowered guidance.  The CRB Commodities index rallied over 1% on gains in energy and metal prices.

This morning, stocks opened higher as increasing optimism from late 2010 is “carrying over” to the start of 2011.  A weak dollar is helping the tone in what is otherwise a quiet morning of news.  Today’s economic calendar includes factory orders for November and the Federal Reserve’s minutes from its December FOMC meeting.  In another good sign, chain store sales were also higher last week nationally, even despite the fact that the storms in the Northeast kept shoppers at home to a large degree.  Overseas markets were broadly higher this morning, although some of those gains are coming as closed markets experience post-holiday “catch up.”

There were four major items that we were discussing in the office this morning that we thought may be of interest to our readers:

Bond market returns for 2010. The broad bond market returned 6.5% in 2010, but the “individual components” that made up this “total return” were quite varied in performance.  High-yield bonds returned 15.1%, the second best among fixed income sectors.  By contrast, municipal bonds suffered the worst performance, advancing just 2.4% for the year after losing nearly 4% over the last two months of 2010.  There were $15 billion of outflows from municipal bond mutual funds in the last six weeks of the year, the fastest pace of redemptions ever.

Treasuries on Monday sold off sharply in the morning, but then rallied following the Fed’s purchase operation. The Fed bought the second highest percentage of the amount of Treasuries offered since the start of Quantitative Easing (QE2).  Obviously, the “continuing government effect” exhibited by the Fed purchase is a very significant part of current market psychology.

Investment-grade corporate spreads closed yesterday at 158 basis points over Treasuries, the tightest level since May. There were no new issuances last week for either investment-grade or high-yield bonds.  In a very noteworthy move signaling possible interest rate increases during this year, Berkshire Hathaway began 2011 with $1.5 billion of new notes that are being used to refinance floating-rate debt and lock in attractive borrowing costs.

The current manufacturing numbers are interesting to watch. The Institute of Supply Management’s (ISM) indicator rose in December 2010, indicating that the manufacturing sector expanded for a 17th consecutive month.  The ISM indicator average 57.3 in 2010, consistent with real gross domestic product (GDP) growth of 5.1%.  However, what is significant about this level is that the ISM indicator has only been above 57 in 49 of the 492 months since 1970 (i.e. 10% of the time), and rarely stays close to the 60 level for too long.  Thus, a dip back toward 50 in the coming months would not be unusual and would  not necessarily signal a double-dip recession.