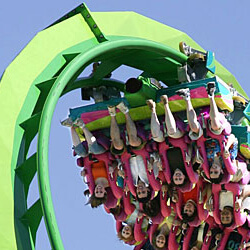 8/5/11: In the markets, as in life, there are no guarantees but everyone is entitled to their opinion. Here’s my opinion on the financial markets today.

After a very strong open on pretty good payroll numbers, stocks reversed lower in early action this morning as European contagion fears and U.S. growth concerns continue to worry investors in the U.S. and abroad.  The market’s technical breakdown yesterday is adding to the angst.  Today’s action will be closely watched by technicians and everyone else after the pummeling that stocks took yesterday.  Markets garnered some support overnight on stability in the European banking sector, while key Asian markets lost between 4 and 5% in tracking yesterday’s U.S. losses.  Commodities are mostly lower, as most metals and grains are down modestly amid a weak dollar and growth concerns.  Crude is bucking the trend, rebounding about a dollar to back over $87.

Looking back at Thursday, the market suffered its worst single-session performance in over two years, with selling pressure accelerating into the close on fears of contagion in Europe.  The final tallies were downright scary and reflective of panic selling, with the Dow losing 512 points and the S&P dropping 60.  The S&P 500 correction is now 12% from late April highs.  There was little in the way of additional news, although that was part of the problem as the market was hoping for more action from the ECB.  Economic data did not point to further deterioration, including stable weekly jobless claims and same-store sales from retailers slightly above expectations, providing further evidence that Europe was the problem.  Nothing was spared in the carnage except Treasuries and the US dollar, as commodities including gold and silver sold off in a massive flight to safety likely exacerbated by margin calls.  The resource sectors fell hardest, losing 6-7%, bringing their corrections to near 15%.  The defensive sectors held up better, but still lost over 3%.  Crude tumbled more than $4 to under $87, wiping out gains for the year.

1. QE3 is right around the corner, not in the U.S., but in Europe. Yesterday’s market turmoil will force the ECB to step in and start buying Spanish and Italian bonds with the new flexibility granted to the EFSF.  The decision to limit their bond purchases to only Portuguese and Irish bonds backfired as bears moved to Italian and Spanish bond markets.

2. With yields falling and stocks now down about 10% from the highs, this may seem all too familiar. We are asked a lot about 2008 and if the market is telling us another crisis in on tap.  The message from the markets is important, but in last summer’s soft spot bond yields fell below 2.4% and the stock market fell 15%, but no recession – instead we got a rally!

3. The likelihood of a Greece-like situation developing is remote for Italy. Most importantly, Italy had a budget deficit in 2010 of less than 5% of its GDP, while Greece had a deficit of over 10%, and Ireland had a deficit of over 30%.  Italy’s deficit was even lower than France’s 7% in 2010.  Unlike in Greece, substantial spending cuts are already well underway in Italy.  Italy has already cut government workers, raised revenue with closing some tax breaks, and sold government assets, establishing a credible path to fiscal sustainability.  In fact, in 2010, Italy reduced its deficit-to-GDP ratio by nearly a percentage point.  Italy’s job situation is also much better.  Italy has an unemployment rate 2% below the 10% eurozone average.  In comparison, Greece’s unemployment rate is 16% and rising.  Also, Italy’s economy is growing and the whole eurozone posted 2.5% GDP in Q1.  The Greek economy contracted at a -5.5% pace.

4. Which indicators are we tracking regarding Europe? Among the indicators we are watching closely are the euro TED spread, short-term money market yields, Italian and Spanish 10-year yields hovering above 6% and credit default swaps on sovereign debt.  We are also monitoring the status of continued intervention from the ECB and additional plans to “ring fence” stronger economies (Germany, France) from the others.