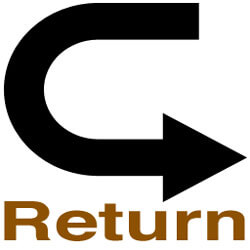 3/08/11: In the markets, as in life, there are no guarantees but everyone is entitled to their opinion. Here’s my opinion on the financial markets today.

The markets had a mixed open this morning as market participants continue to look overseas for signals.  Early gains in futures were mostly erased by the time the U.S. equity market opened this morning as oil pared early losses.  Investors will likely continue to take cues from Libya and its oil-rich neighbors with West Texas Intermediate crude over $105 per barrel.  This morning’s volatility in oil prices was driven by speculation that more supply from OPEC was forthcoming.  European stocks were up marginally in mid-day trading overseas as the euro weakened versus the greenback, while Asian markets were higher on news that China had opted to ease reserve requirements at certain banks.

Looking back at Monday, another up day for oil resulted in a down day for stocks.  Early gains on some mergers & acquisitions headlines and rumors of Gadhafi’s exit were quickly erased as fighting continued in Libya, lifting oil prices again.  A Wall Street downgrade of semiconductor stocks weighed on Technology, while Materials and Consumer Discretionary also underperformed.  Only Utilities finished in positive territory, helped by increased investor interest in defensive sectors and higher natural gas prices.  Commodities were mixed, with U.S. crude, gold and silver higher, copper lower and agriculture mixed.

How could this affect you? Recent bond market pricing suggests a possible return to stagflation.  Interestingly, over the past four weeks, Treasury yields are lower while inflation expectations, as measured by TIPS, have increased.  Normally, higher inflation expectations would translate to higher Treasury yields, but the four-week decline in Treasury yields indicates a slower economic growth going forward.  At this point, it appears too early to declare a stagflationary environment.  Recent market action reflects bond market uncertainty over still strong economic growth and whether rising energy prices will act to slow that growth.

Corporate bonds posted modest outperformance on the week. Both investment-grade and high-yield bonds yield spreads to Treasuries narrowed.  Performance of both sectors has slowed, however, as the corporate investors debate how much, if at all, higher energy prices may restrict economic growth.  Inflation is generally good for high-yield investors as higher future prices reduce the cost of older debt, but this benefit is offset should economic growth slow.

High yield defaults continued to decline in February. Moody’s reported that its 12-month trailing default rate finished February unchanged at 2.8%.  According to Moody’s, only two companies have defaulted over the first two months of 2011, compared to 10 over the same period in 2010.  In response, Moody’s lowered its year-end 2011 default forecast to 1.4%.  With so few high-yield bonds maturing in 2011, it appears that the favorable low default environment will persist for high-yield bonds.

Municipal bonds moved in line with Treasuries, and their defaults also continued to decline as well. Valuations, although still attractive, need another catalyst following recent improvement to Treasuries.  A lack of new issuance continues to benefit the municipal market, but organic buying interest remains limited.  S&P reported that defaults over the first two months of 2011 are 50% lower based upon the number of issuers.  Based upon the total dollar amount of bonds involved, defaults are lower by 33%.  The report is another piece of evidence that contradicts forecasts for a massive wave of new defaults.