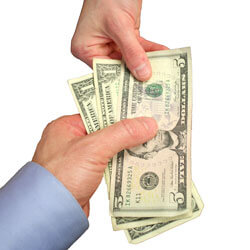 06/16/11: In the markets, as in life, there are no guarantees but everyone is entitled to their opinion. Here’s my opinion on the financial markets today.

While weaker-than-expected data was a catalyst for yesterday’s decline, a number of reports this morning came in better than expected.  Data on jobless claims and housing starts and permits surprised modestly to the upside, which has been the exception and not the norm for economic data in the current soft spot.  Europe is trading lower in mid-day action, while Asia fell across the board last night in sympathy with trading in the United States.  The dollar is up modestly, though off its earlier highs following the economic data release, while oil and gold are up fractionally.

Looking back at Wednesday, the markets opened lower and never generated much momentum to the upside following weaker-than-expected economic data and ongoing concerns with Greece and the potential contagion effect.  After embracing the “risk-on” trade the prior day, risk assets sold off Wednesday with the Dow falling 1.5% to a three-month low.  Energy, Materials and Financials all declined more than 2% while defensive sectors held up well on a relative basis, but all ten S&P sectors fell on the day.  With concerns of an economic slowdown and a stronger dollar, crude oil dropped more than 4%, while the euro declined almost 2%.

The morning’s batch of economic data bounces higher, but the soft spot is still in place. Initial filings for unemployment insurance fell to 414,000 in the week ending June 11th, matching the lowest reading seen over the past two months.  The four-week average on claims remained close to 425,000, suggesting that the labor market is creating jobs, but not enough to push the unemployment rate down materially.  Looking ahead, claims over the next few weeks may be elevated by earlier-than-usual plant shutdowns in the auto industry and by teacher layoffs.  Housing starts and building permits also bounced in May, but remain severely depressed.  The huge supply of unsold existing homes suggests that housing construction is not likely to make any contribution to GDP growth this year.

Are we seeing a pickup in consumer spending, and how is this looking for the second half of the year? Consumer spending is running at about 2.5% year-over-year, well below the pace that would be expected at this point in a recovery. The consumer is “hanging in there,” but the recovery to this point has been led by business spending and exports.  Our expectation is that a similar pace will occur in the second half of the year, supported by modest job and income growth along with a “leveling out” of consumer energy prices.

Treasuries staged a strong rally yesterday on the heels of weak manufacturing data and growing concerns of a Greece default. U.S. Treasury yields touched the low levels of the year and credit default swaps (CDS) reached record highs across all peripheral European nations, with Greece 5-year CDS climbing to 1,900 basis points.  By next month, Greece will need to pass a parliamentary vote on a 78 billion euro package of budget cuts and asset sales to ensure the nation receives a new aid package in order to avoid default.  The market remains skeptical that unpopular austerity measures will pass successfully and is pricing in an 80% probability of default.