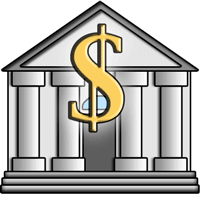 5/26/11: In the markets, as in life, there are no guarantees but everyone is entitled to their opinion. Here’s my opinion on the financial markets today.

U.S. stocks opened near unchanged this morning, giving up early gains after first quarter GDP was not revised higher (as had been expected) and weekly jobless claims unexpectedly rose.  Risk assets had gotten some support early this morning after a report that China was interested in buying more EU bailout bonds, which boosted the euro.  European markets are making little headway as Greek debt concerns persist and the market digests recent evidence of slowing growth.  Asian stocks closed solidly higher led by a nearly 3% jump in the Korean Kospi Index on improving consumer confidence.  Japan staged a strong rebound of its own, rallying 1.5%.  Commodities are mixed this morning, with metals down modestly, crude flat, and most key agriculture prices higher.  After getting a boost from yesterday’s weekly inventory data, oil is taking a pause as growth concerns offset the weaker dollar and heightened geopolitical risk.

Looking back at Wednesday, the S&P 500 avoided its fourth straight losing session thanks in large part to another strong day for resource-related stocks.  The market seemed determined to push higher despite a weak durable goods report and some earnings disappointments.  While Energy and Materials topped the sector rankings, Technology shrugged off some weak guidance and gained 0.5% overall.  By contrast, all four defensive sectors underperformed and all but Health Care declined.  The broad commodity indexes rose by between 1.5 and 2%, while particular strength in crude, copper, silver, and wheat, with the later getting a boost from European drought conditions.
Around our financial planning firm this morning, we were discussing four items that we thought would be of particular interest to our readers: