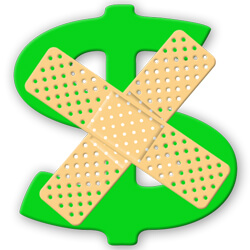 6/08/11: In the markets, as in life, there are no guarantees but everyone is entitled to their opinion. Here’s my opinion on the financial markets today.

If stocks end today’s session where they started, the losing streak will reach six straight.  There is little in the way of data to help assuage the market’s growth fears, as today’s calendar includes the Beige Book and that’s about it.  Overseas, Japan managed to eke out a marginal gain on a rebound in an embattled power company’s shares, while most other key foreign markets fell as growth outlooks are questioned and Moody’s warned of risks to the U.K. triple-A rating.  Commodities investors will watch OPEC today, which may boost production targets to offset slower global growth, inflation pressures and Libyan production shortfalls.

Fed Chairman Bernake sees weakness in the economy as temporary, making additional monetary policy stimulus (i.e. QE3) unlikely. In a speech to bankers in Atlanta yesterday afternoon, Bernake described the economic recovery as uneven and frustrating, but disappointed those market participants looking for the Fed to embark on QE3 to jolt the recovery to life.  Bernake’s speech also suggests, however, that the Fed is in no mood to tighten policy either.  The next FOMC meeting, Bernake press conference and Fed forecast is June 22nd.

Capital concerns continue to weigh on the banks. Banks have taken another leg down recently on concerns that they may have to raise more capital to meet higher capital requirements.  Fears were triggered by a Federal Reserve Governor’s comment that systemically important financial institutions (yet to be fully defined) may have to meet a hurdle of as much as double the current global regulatory guideline of 7%.  The market’s previous assumption had been that no higher than 10% would be required.  Our personal view is that requirements above 10% are unlikely, but these fears are yet another reason banks are struggling.

Latest data from Japan is suggesting that the pace of the rebuilding efforts increased in May. We continue to watch this closely, as a sizeable portion of the weakness in the current U.S. economic data in recent weeks is most likely the result of the March 11, 2011 earthquake (and its aftermath) in Japan.  In the latest sign that the cleanup phase of the Japanese earthquake/tsunami/nuclear accident is ending and the rebuilding efforts have picked up steam, Japan’s “economy watchers” index accelerated to 36 in May from 28.3 in April and a recent 27.7 in March.  The pre-earthquake (February) reading was 48.4.  The economy watchers index is similar to the ISM index, as a reading below 50 indicates that conditions are deteriorating and a reading about 50 indicates that conditions are improving.  The next key reports in Japan are the April machine orders report (6/12) and the machine tool orders report for May (6/15).

The U.S. Labor Department’s Job Openings and Labor Turnover (JOLTS) data for April was released yesterday, and received an unusual amount of attention from the financial media and blogosphere. The JOLTS data is wonderful data, but it is stale.  The report revealed that while job openings fell in April, job “separations” (layoffs) remain low.  The weekly claims data (for June) and the monthly Challenger layoff data (for May) already told the market this.  The May jobs report (released last Friday) told us that net hiring slowed in May.  On balance, the tone of the April JOLTS report is consistent with continued modest job growth that the economy has been experiencing for the past 15 months or so.