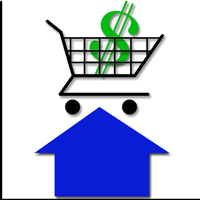 5/13/11: In the markets, as in life, there are no guarantees but everyone is entitled to their opinion. Here’s my opinion on the financial markets today.

Global markets rose overnight following upbeat German and French GDP data, which helped provide some early support for equities as well as commodities. But early gains faded following this morning’s CPI data, although it was in line and benign. Inflation expectation measures from the University of Michigan come out today along with metrics on consumer sentiment. European markets were higher in mid-day trading on the positive GDP data, some well-received earnings news and gains in mining shares. Asian markets were mixed, with the Nikkei lower and the Hang Seng solidly higher as Asian investors digest China’s latest tightening move. Commodities are broadly higher and the dollar lower, with particular strength in silver, sugar, wheat and cotton.

Looking back at Thursday, stocks staged an intra-day reversal to end the session higher. The late rally followed a sluggish open after another increase in bank reserve requirements from the Chinese central bank, more commodity selling pressure and sharp declines in a major technology company’s shares after disappointing earnings. The dollar staged a reversal of its own as its early gains evaporated, corresponding to the intra-day swing in stocks. Defensive sectors led, as Consumer Staples, Utilities and Health Care each gained around 1%, while Energy and Financials finished with fractional losses. The broad commodities indexes were marginally higher.