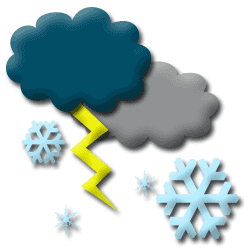 2/18/11: In the markets, as in life, there are no guarantees but everyone is entitled to their opinion. Here’s my opinion on the financial markets today.

The U.S. market opened near unchanged this morning after China hiked bank reserve requirements again.  China’s move to raise banks’ required reserves by another 50 basis points weighed on global sentiment overnight as battling inflation remains that country’s top priority and a focus for much of the emerging world.  European markets are lower in mid-day trading, while the Hang Seng was solidly higher.  Crude and precious metals are higher this morning on inflation fears and continued political unrest in the Middle East and North Africa.  Today’s U.S. economic calendar is empty ahead of the three-day holiday weekend.

Looking back at Thursday, stocks continued to follow the “path of least resistance,” as news flow did little to change the market’s continued upward bias.  The S&P 500 in its steady march has fallen only one day during each of the past four weeks, including this week.  Early data yesterday caused some hesitation among bulls, including a higher CPI and increasing jobless claims, but a strong Philadelphia Fed enticed more buyers and helped push the averages into the green.  Resource sectors led on a broad-based commodities rally, with particular strength in crude, silver, corn and soybeans, as Mideast unrest, food inflation and crop shortages remain in focus.

Around our financial planning firm offices this morning, we were discussing four items that we thought would be of particular interest to our readers:

We are watching developments in Bahrain closely. The loss of American military power that could accompany an overthrow of the regime of King Hamad bin Isa Al Khalifa appears incalculable.  Nestled between Saudi Arabia and Qatar, Bahrain is home to 1.2 million people.  More importantly, it is home to the U.S. Navy’s Fifth Fleet – a vital instrument for the Pentagon in both Afghanistan and Iraq.  Michael Rubin, a former Bahrain resident and Middle East expert at the American Enterprise Institute (AEI) states, “It’s our most important strategic asset in the Persian Gulf.  If Bahrain’s government falls, it would become an Iranian satellite and the Fifth Fleet would be sent packing.”

This week’s batch of U.S. economic data revealed ongoing strength despite the weather. Many of the economic indicators released this week for January (retail sales, housing starts, building permits, industrial production and leading indicators) and even some of the February reports (weekly initial claims for unemployment insurance and the Philadelphia Fed manufacturing index) were impacted by severe weather in January.  This has given way to more “normal” winter weather in February.  Even considering this impact by “Mother Nature,” the economy continued to accelerate out of the summer 2010 soft spot and on into early 2011.

Data on manufacturing and housing will dominate next week. With the earnings reporting season largely completed, no major central bank meetings on tap and a quiet week for Chinese economic data, reports in the United States on manufacturing and housing will be “front and center.”  The data for January due out next week includes new and existing home sales, durable goods orders and manufacturers.  Next week’s data calendar also includes reports on manufacturing in the Richmond area, consumer confidence and the usual weekly readings on retail sales, mortgage applications and initial claims for February.  On balance, the data for January should continue to show weather-related weakness while the data for February captures some of the rebound in activity.

China moves reserve ratio requirements higher in an effort to cool growth and slow inflation. Chinese monetary authorities raised banks’ reserve requirements by 50 basis points to 19.5%, requiring Chinese banks to keep $19.50 of each $100 in deposits on reserve, leaving $81.50 to lend out.  In early 2010, the reserve requirement was 15.5%, and this ratio has now been increased eight times (by a total of 400 basis points).  China has also raised its overnight lending rate three times (by a total of 75 basis points) and is allowing its currency to appreciate versus the dollar, which makes Chinese exports more expensive.  All of these measures are being taken to slow the domestic economy, bank lending, money supply growth and ultimately inflation in China, which has accelerated markedly over the past year.