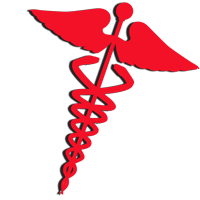 5/12/11: In the markets, as in life, there are no guarantees but everyone is entitled to their opinion. Here’s my opinion on the financial markets today.

The broad averages are lower this morning as the correction in natural resources continues while the US dollar holds firm.  Commodity prices are lower across the board, led by silver (down over 6%) and oil, corn and wheat (each down between 2 and 3%).  Last night’s downbeat outlook from a well-known tech giant is also weighing on the averages this morning.  Today’s heavy dose of economic data, including retail sales, producer prices, and weekly jobless claims, would not seem to alter the tepid growth and benign inflation picture.  Overseas markets are broadly lower this morning by between 1 and 2%, with resources leading the way down.  Asian weakness reflects yet another increase in China’s bank reserve requirements.

Looking back at Wednesday, the three-day winning streak for the S&P 500 came to an end as growth concerns centered around more tightening expected from the Chinese central bank along with a rally in the dollar drove stocks and commodities sharply lower.  Bearish oil and gasoline inventory data, more selling pressure from recent increases in margin requirements, and prospects for higher supplies of crops around the world all weighed on the broad commodities complex.  All S&P sectors finished lower on the session, led by the resource sectors; meanwhile, not surprisingly, the defensive sectors led by Consumer Staples held up best.  Technology fared better than it might have otherwise on a major sector player’s dividend increase.  Retail held up well as oil fell, offsetting a major entertainment company’s earnings-driven weakness.