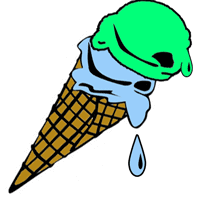 6/2/11: In the markets, as in life, there are no guarantees but everyone is entitled to their opinion. Here’s my opinion on the financial markets today.

U.S. stocks opened slightly higher this morning as markets attempt to recover from Wednesday’s losses.  Investors have several more data points to digest today to help gauge how much the economy has actually slowed, including weekly jobless claims, factory orders and May chain store sales.  European markets, which continue to be dominated by speculation of what’s next for Greece, were lower in mid-day trading overseas, while key Asian markets closed lower by between 1 and 2% in response to yesterday’s weak U.S. data.  The euro is receiving some support against the dollar on reports that Greece has agreed to more austerity measures.  Commodities are mixed with agriculture mostly higher, crude and natural gas up slightly, and metals flat-to-down.  Oil’s gains are being capped by comments from an OPEC official that it might increase supply amid a weaker dollar.

Looking back at Wednesday, U.S. stocks sold off sharply, losing over 2% in the biggest one-day drop since February.  The sell-off was driven by two disappointing key data points – the ISM Manufacturing Index and the ADP report on private sector jobs.  All ten S&P sectors were lower while Treasuries, the US dollar and gold were about the only places to hide.  Financials were a big loser on the weak jobs number, as the yield curve flattened and the 10-year Treasury yield broke below 3%.  Commodities were broadly lower, with the exception of gold, though the broad indexes lost 100 basis points less than stocks.