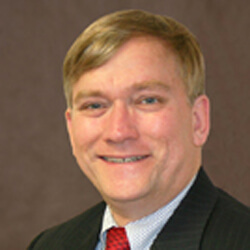 10/17/11 In the markets, as in life, there are no guarantees but everyone is entitled to their opinion. Here’s my opinion on the general situation followed by four items impacting financial markets this coming week:

U.S. stocks rose sharply over the past week, with the Nasdaq and Russell 2000 logging their biggest five-day gains since the credit crisis low of March 2009.  Shares of deep cyclical and tech companies outperformed.

Renewed optimism for a positive resolution to the sovereign debt crisis in Europe served as the main mood altering substance – “hopium” as it’s called in some circles – as did slightly better economic data in the United States and some decent earnings reports at major companies.  Hindering confidence were new signs of a hard landing for the Chinese economy.

1. A rally in Europe was sparked by comments out of last weekend’s summit between French President Sarkozy and German Chancellor Merkel that they had reached an agreement on how to strengthen Europe’s banking sector.  There were no details, but during the rest of the week came reports that they would be finalized by the early November summit of G20 leaders.  The plan is expected to involve a restructuring of the second Greek bailout package that would see private sector losses raised from the 21% agreed to in late July to a range of 40% to 60%.  Many observers wonder if markets are overly optimistic for an accord.

2. China came back from its Golden Week holiday and stocks on the Shanghai Composite rose 3% amid rumors that Beijing would buy stocks that had been hammered in prior months.  Though that gain was nice considering the index had just hit a two-year low, it underperformed Europe and the United States, showing how much concern remains that exports are faltering.

3. U.S. economic data was sparse, though mostly positive.  September retails sales logged in at +1.1% month over month, better than the 0.7% expected, leading some economists to boost Q3 GDP estimates.  The main drivers were intense discounting and auto incentives.

4. Q3 earnings season got started for 39 of the 500 companies in the S&P 500.  StreetAccount says the earnings beat rate has been 72% so far, which was below the 76% in Q2 and the 76% four-quarter trailing average.  The revenue beat rate was 89%, which was well above the 72% seen in Q2 and 66% four-quarter average.  Negative impacts from the macro uncertainty were limited to financials and commodity producers.  Outlooks were also a little brighter than expected, though CEOs are often the last to acknowledge that business is about to worsen.