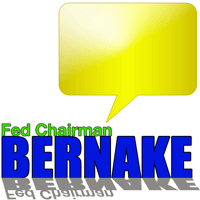 6/07/11: In the markets, as in life, there are no guarantees but everyone is entitled to their opinion. Here’s my opinion on the financial markets today.

U.S. stocks opened higher this morning as bargain hunters stepped in to stem the recent tide of market retreats.  Helping sentiment this morning are reports of potential acquisition activity in the online banking and packaging industries, as well as comments from ECB head Trichet signaling that he may back a Greek debt exchange.  Tonight, Fed Chairman Bernake will speak on his economic outlook, something that is sure to be a focus for traders tomorrow (Wednesday) morning.  European markets are higher in mid-day trading overseas, helped by a rebound in banks and resource stocks.  Asian markets closed mixed with the Nikkei snapping a three-day losing streak while the Hang Seng fell.  Despite a weaker dollar, most key metals except silver are flat-to-lower this morning, while crude is down slightly due to expectations that OPEC might raise output at its Wednesday meeting.

Looking back at Monday, the four-day market losing streak continued as growth concerns persisted.  This has brought the nearly six-week pullback to over 5% and left the S&P 500 at its lowest level since March 23rd.  The sell-off was broad-based as all 10 S&P sectors fell, but the selling pressure was particularly acute in the Energy and Financial sectors.  Crude fell about a dollar to near $99, while regulatory concerns continued to weigh on the banks, in addition to the downshifting U.S. economy.  Elsewhere in commodities, key metals and natural gas rose, while agriculture prices fell.  Currently, the S&P is up just 3% on the year.