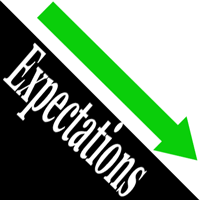 5/03/11: In the markets, as in life, there are no guarantees but everyone is entitled to their opinion. Here’s my opinion on the financial markets today.

Stocks opened slightly lower this morning as further weakness in natural resource stocks and mixed earnings news from several key energy, healthcare and consumer product companies weighed on the broad averages.  Silver is under additional selling pressure this morning as higher margin requirements are driving away some speculators.  Meanwhile, crude oil is down about a dollar to near $112.50 on demand concerns after signs of slower manufacturing activity in the United States and China as well as some risk premium unwinding following bin Laden’s death.  The broad commodity indexes are roughly flat as gains in copper and several soft commodities are offsetting losses in crude, soybeans, and silver.  Weakness overseas is contributing to this morning’s bearish tone, with European stocks broadly lower and India’s stock market down over 2% after its central bank raised interest rates by 50 basis points.

Looking back at Monday, the early Bin Laden-driven rally faded.  Initial gains fizzled later in the day as weakness in Energy (-1.3%) was too much for the broad market to overcome.  The economic data had little influence on stock trading, including a slight dip in the ISM manufacturing index as expected and increase in construction spending for March, although the data may have contributed to some incremental weakness in commodity prices.  Healthcare (+1.0%) was the only sector to get much of a bid Monday as the market’s shift toward defensive sectors seen in April carried over into the first trading day of May.  The sector benefited from merger headlines and mostly better-than-expected earnings.  Commodities were mostly lower, led by a big drop in silver futures.  U.S. crude dipped 40 cents to near $113 a barrel.