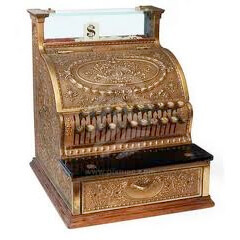 2/3/11: In the markets, as in life, there are no guarantees but everyone is entitled to their opinion. Here’s my opinion on the financial markets today.

There was a slightly lower open for stocks this morning as oil prices rose and geopolitical fears revived after protests in Egypt turned violent and spread to Yemen.  The 10-year Treasury fell, with the yield adding two basis points to 3.5%, while two-year yields climbed three basis points to 0.70%.  Spanish 10-year bonds declined, pushing the yield up 8 basis points to 5.18%, as the nation issued 3.5 billion euros of three-year and five-year notes.  Germany bonds also did not change much, with the 10-year yield three basis points lower at 3.23%.  The Australian dollar gained on positive economic data even as a massive cyclone bore down on the nation threatening more damage to agricultural resources.

Looking back at Wednesday, stocks “paused” after a big two-day rally. After recovering last Friday’s losses and then some with a strong performance to start this week, U.S. stocks “digested” gains on Wednesday and ended the day little changed.  As the world watches the Egyptian situation unfold, U.S. economic data and S&P 500 companies earnings continue to provide strong support for stocks at these higher levels.  Only the Technology sector finished Wednesday positive, while Financials fell.

As our team met in my office this morning at our firm, we were discussing three items that we thought would be of particular interest to our readers:

Federal Reserve Chairman Ben Bernake is holding a rare press conference today at 1 PM Eastern time. The appearance at the National Press Club in Washington is part of a concerted effort by Bernake and his Fed colleagues to communicate better to the public.  The questions at today’s press conference are to be submitted in advance.  Bernake has appeared twice on 60 Minutes and has held numerous town hall style meetings across the country to help get the Fed’s message out.

Despite the weather, retails sales beat lowered expectations in January. Same-store sales at 25 of the nation’s top retailers posted slightly better-than-expected results despite poor weather in much of the United States in January.  Sales at 16 of the 25 retailers beat lowered expectations, and a similar number posted year-over-year gain in sales according to Thomson Reuters.  Of the 14 offering guidance, 12 either reaffirmed or raised their guidance.  Simply put, consumers continue to spend some, pay down debt, and save some.  An improving labor market, rising equity prices and stable home prices should continue to support consumer spending in 2011.

Initial filings for unemployment insurance hold steady in the latest week, although weather is still an issue. 415,000 individuals filed for unemployment benefits in the week ending January 29th, a 42,000 drop from the prior week according to the Labor Department.  Weather and holidays continue to wreak havoc with this data, so it is best to look at the four-week average on claims.  That metric stands at 430,000, basically unchanged from the prior week, and 75,000 below the late-August 2010 peak of over 500,000.  The claims data continues to suggest that businesses aren’t cutting staff aggressively at this point in the cycle, but they aren’t hiring aggressively either.  The January employment report is due out tomorrow.  The market is looking for a 140,000 gain in private sector employment, although poor weather is likely to play a role in this report as well.