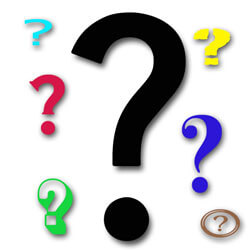 06/17/11: In the markets, as in life, there are no guarantees but everyone is entitled to their opinion. Here’s my opinion on the financial markets today.

Stocks were boosted this morning by comments from French President Sarkozy that hinted at a possible deal to resolve the Greek debt crisis.  While a definitive plan has not yet been announced, Sarkozy and German Chancellor Merkel agreed that the EU must support Greece, perhaps hinting at a less onerous deal than Germany had been pushing for in recent weeks.  The market has thus far shaken off a bad earnings report from a major PDA manufacturer and will digest both the University of Michigan Consumer Sentiment report and Leading Indicators later today.  Asian stocks traded lower overnight, while Europe is higher in mid-day trading.  Crude oil is trading nearly $2 lower in the early going, back in the $93 range.

Looking back at Thursday, stocks rebounded to finish slightly higher, led by defensives.  Ongoing concerns in Greece weighed on the markets early yesterday, but better-than-expected readings on jobless claims and housing starts offered at least a temporary pause in the recent string of negative data and some hope that the current soft spot might be short-lived.  Despite the positive day for the S&P 500, trading was decidedly defensive led by Consumer Staples and Utilities, while Materials declined more than 1%.  The Technology heavy Nasdaq Composite was in the red yesterday as the Tech sector dipped 0.3%.