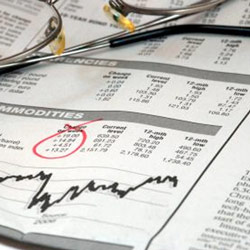 3/22/11: In the markets, as in life, there are no guarantees but everyone is entitled to their opinion. Here’s my opinion on the financial markets today.

The three-day market rally has taken a pause this morning, as stocks opened modestly lower after the S&P 500 had gained over 3% in the rally period.  Concerns continue to ease regarding Japan’s efforts to contain radioactive leaks while market participants are shrugging off the potential economic and earnings impact of Japanese disruption, unrest in the Middle East and North Africa and resulting high oil prices.  European stocks were right around the flat line in mid-day trading overseas, while the Nikkei rallied 4% following a three-day holiday weekend.  Most key commodities are seeing modest selling pressure this morning, with the exception of copper.  Today is a quiet day for economic data with only weekly retail sales metrics coming out.

Looking back at Monday, stocks rallied for a third straight session as Japan made progress in containing its nuclear crisis and a major Telecom merger bid was announced.  Libyan airstrikes sent crude oil about two dollars higher which, along with another sale of shale assets, lifted the Energy sector to market-leading gains near 3%.  Resources and Industrials led Monday’s advance, while only Telecom failed to move higher as wireless tower stocks sold off on the news of consolidation in the sector.  The surprising decline in existing home sales was largely ignored, although the report likely contributed to some modest pressure on copper prices.  A weak dollar and heightened geopolitical risk supported precious metals, while agriculture commodities were mostly higher.

So, have municipal bonds returned to full health? Simply put, not yet.  Buyers have not fully returned and liquidity remains somewhat constrained, but there are some good signs.  THE MCDX credit default swap index, which institutional investors can use to buy insurance against widespread municipal defaults, declined to its lowest level since April 2010 meaning that the cost to insure against municipal default has declined to a one-year low.  This market-based measure is running contrary to lingering municipal credit quality fears in the popular press.  Municipal bond prices increased last week but could not match Treasuries, which is not uncommon as municipals typically lag Treasuries during flight-to-safety rallies.  It appears that improvement in municipal bonds will occur gradually over the coming three to six months.

And speaking of Treasuries, “safe haven” buying of those instruments may have run its course. After a strong 0.7% total return last week and 1.7% return over the last four weeks, it appears that the pace of Treasury performance is not sustainable and may have peaked.  The 3.2% yield on the 10-year Treasury is an important technical level and may mark the low end of the trading range as it did for much of 2009 and part of 2010.  The market was unable to push the 10-year yield below 3.2%, signaling that safe-haven buying may have run its course.

Corporate bonds, both investment-grade and high-yield, underperformed Treasuries on the week but made up ground late in the week. The average high-yield bond spread finished the week at 5.2% above Treasuries, up from a recent low of 4.7%.  Emerging market debt, like corporate bonds, underperformed as well on the week but the asset class still possesses interest rate risk.  Valuations have cheapened with the average yield spread to Treasuries finishing the week at 2.8% above comparable Treasuries, up from a low of 2.3% in December.

Interesting data came out from the Philadelphia Fed. Last week’s Philadelphia Fed survey, a gauge of regional manufacturing activity, posted one of its strongest readings on record.  Furthermore, weekly jobless claims closed under 400,000 for the fourth time.