09/26/11: In the markets, as in life, there are no guarantees but everyone is entitled to their opinion. Here’s my opinion on the financial markets today.

Hopes that the next steps from Europe in its ongoing struggle to resolve its debt crisis would help reduce the risk of contagion are lifting stocks this morning in the U.S. and around the globe.  Europe’s gains in mid-day trading overseas are being led by the beleaguered banks, while key Asian markets closed lower in tracking losses in the U.S. after three-day weekends.  Today’s U.S. data calendar is very quiet, including only new home sales.  Commodities are not participating in the equity market rebound this morning as crude, copper, gold and silver are all lower, although corn and wheat are bucking the downtrend.

Looking back at Friday, stocks managed their first gain in what was overall a very poor week for the stock market.  Despite Friday’s modest gains, last week still ended as one of the worst since the depths of the financial crisis in October 2008 with the broad averages down between five and seven percent.  Even Friday’s gains didn’t come easy after Thursday’s massive sell-off, as futures indicated sharp losses ahead of the open.  The market continues to struggle with heightened recession fears, exacerbated by signs of further slowing, not just in Europe as a result of the debt crisis, but in Asia and the U.S. as well.  Technology, Consumer Discretionary and Financials topped Friday’s sector rankings, though the week was marred by double-digit losses in the resource sectors. 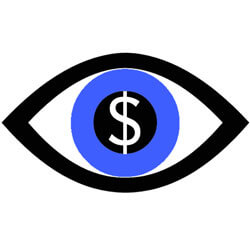 More on “policy watch” for the week. Although no key developed or emerging market central banks are scheduled to meet this week to discuss policy, there are a number of central bankers on the docket this week, including Federal Reserve Chairman Ben Bernanke. Bernanke is slated to deliver a speech in Cleveland, Ohio on Wednesday.  There are four or five other Fed speakers on tap this week as well, and several central bankers from the European Central Bank, Bank of England and Bank of Canada are also slated to make speeches this week.  Both economic and corporate data will compete with policy for the market’s attention this week.  The corporate earnings preannouncement season remains in full swing as management teams continue to try to quantify the impact of the ongoing uncertainty surrounding the global economy on corporate sales and earnings.  This week’s economic reports are roughly split between sentiment indicators (consumer sentiment and several regional Federal Reserve manufacturing reports for September) and data-driven indicators (initial claims, weekly retail sales, durable goods orders and shipments, new home sales and personal income and spending).

And speaking of policy, there was no agreement on what to do in Europe from the IMF meeting in Washington over the weekend. However, there was the outline of a plan and key elements that had some general agreement.  These included a write down of Greek sovereign debt of 50%, a plan to recapitalize Europe’s banks, and a proposal to increase the size of the 440 billion euro European financial stability facility (EFSF) by linking it with the ECB, potentially leveraging up to 2.2 trillion euros of buying power.
Are there any parallels between the situation in Europe today and Latin America in the 1980s with Brady bonds?  There have been many historical parallels where a financially solvent entity is created to absorb distressed debt of countries.  In general, it has worked.  Many options are currently being discussed in Europe, including turning the EFSF into a bank that can borrow money from the ECB to buy trillions in troubled debt if needed.

Commodities have been caught in the “down draft.” Global growth fears, a strong dollar, increased margin requirements and reports of forced liquidations have weighed on gold and the entire “commodity complex” in recent days.  Commodities of all stripes were caught in last week’s downdraft, with oil and gold down nearly 10% for the week, and copper and silver down 17 and 26 percent, respectively.

Thanks for reading our blog today.  Email me here with your questions or comments.