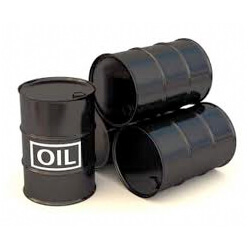 7/08/11: In the markets, as in life, there are no guarantees but everyone is entitled to their opinion. Here’s my opinion on the financial markets today.

As opposed to yesterday which was positive, stocks are having the opposite reaction to the government generated June jobs report this morning.  In short, the June employment report came in well below expectations.  After moving higher in early trading, most European markets have turned lower in sympathy with the U.S. markets, while most Asian markets were higher overnight.  Commodities are mixed this morning with crude oil back near the $97 level and gold and silver are higher by about 1%.

Looking back at Thursday, stocks rose for the eighth time in nine sessions after a strong jobs report from ADP.  The strong jobs number from ADP added an “upward bias” to this morning’s key government payroll report.  Strong monthly sales results from retailers and a slight dip in jobless claims helped provide more fuel for the rally.  All cyclical sectors gained 1% or more to lead the charge, led by Financials and Materials, while only Telecom and Healthcare failed to gain any ground, finishing near unchanged.  The dollar fell slightly after the ECB raised its target lending rate 25 basis points to 1.5%.

1. How much are higher oil and gas prices impacting recent economic data? Although gasoline prices have dropped by around $0.35 per gallon since mid-May, prices are still around $0.80 per gallon higher than a year ago.  Higher gasoline prices tend to crimp discretionary spending, especially at lower income levels.  Higher energy related input costs for businesses, also, at the margin, crimp activity.  Our favorite metric is the percentage of income and spending spent on energy related goods and services.  This metric is around 5% today, it was closer to 6% in mid-2008 and contributed, but was not the cause, of the Great Recession.  In the early 1980s, this metric got to 7.5% and was a major factor in the back-to-back recessions early in that decade.

2. Unfortunately, another very disappointing jobs report. The June nonfarm payroll report released this morning by the U.S. Department of Labor was the polar opposite in tone from the ADP employment report on Thursday morning.  Today’s report (which is actually two reports in one) revealed that the overall economy created just 18,000 jobs in June, the fewest in any month since September 2010.  The job count in the prior two months was revised downward by 44,000.  Over the past two months (May and June) the economy added an average of just 22,000 jobs per month, after adding close to 225,000 per month in the early part of 2011.  This data is based on a survey of businesses across the United States.  The unemployment rate, which is calculated using data culled by surveying households about their employment status, rose 0.1% to 9.2%, the highest reading since December 2010.

3. And, speaking of jobs, what are the differences between yesterday’s ADP employment report and today’s government jobs report? Many differences exist between the two surveys.  One is done by the private sector (ADP), while the other is done by the government.  The government’s tally of the employment situation has a much longer track record (back to the 1940s) than the ADP, which began in 2006.  In addition, the two surveys use different weighting schemes and seasonal factors.  On balance, when the ADP employment report comes in above expectations (as it did yesterday), there is less than a 50% chance that the subsequent government jobs report also beats expectations.

4. And, still more on jobs, there are few signs of strength among the weak June report. Other than sizeable gains in retail, transportation and leisure, and hospitality employment in June, there were very few bright spots in today’s report.  State and local government payrolls fell by another 25,000 and have now dropped in ten of the last eleven months.  Construction employment fell for the second month in a row as very few construction projects are underway.  Perhaps feeling the impact of the early shutdowns of auto plants this year, manufacturing employment rose by just 6,000, far below the 25,000 to 50,000 created each month early in 2011.  Hours worked in manufacturing slumped by 0.3% as did overtime hours, another hint that the early shutdown at auto plants was at play.