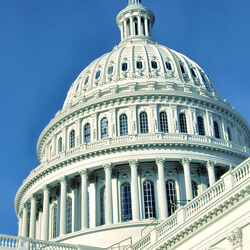 7/28/11: In the markets, as in life, there are no guarantees but everyone is entitled to their opinion. Here’s my opinion on the financial markets today.

Stocks opened near unchanged this morning following a dip in weekly jobless claims, and ahead of a vote in the House on the Boehner bill to cut spending and raise the debt ceiling.  Today is another big earnings day, with dozens of big names slated to report.  Last night, two large Technology players reported weaker-than-expected outlooks which may constrain that sector today.  European markets were flat-to-down, while Japan closed about 1.5% lower yesterday in tracking Wednesday’s U.S. losses and the Hang Seng ended near unchanged.  Commodities are mixed with little movement, including crude and gold.  The dollar is rebounding versus the euro and safe-haven currencies in perhaps another sign – albeit a minor one – of the market’s hopes for a last-minute deal in Washington.

Looking back at Wednesday, stocks sold off sharply in the biggest one-day decline since June 1st as fears surrounding the upcoming debt ceiling deadline and potential downgrade of the U.S. AAA credit rating hit a higher pitch.  The selling picked up late in the day after both sides dug in with no sign of an impending compromise.  Adding to market angst was a soft economic picture in the Beige Book and durable goods orders numbers.  Not surprisingly, gold held up well amid a broad commodity selloff, losing just a dollar to close at $1615.  Crude lost over $2 to $97.40 on an unexpected weekly inventory build and the market’s de-risking.

1. What happened during the government shutdown in 1995-96 and what was the market reaction? At that time, the shutdown lasted three weeks from the failure of negotiations on December 15, 1995 through January 6, 1996.  As the shutdown began, the S&P 500 started to slide, dropping nearly 2% over four days.  However, the Federal Reserve cut interest rates on December 19, 1995 to promote economic growth, helping to halt the market’s slide.  By the time the shutdown ended on January 6, 1996, the S&P had recovered all of its losses.  However, the “mix” of circumstances is very different today.

2. The pace of the Japanese recovery continues to quicken. Data released late Wednesday evening on Japanese small business confidence and retail sales in June continue to suggest that the recovery from the earthquake, tsunami and nuclear disaster in Japan is gathering steam.  The reading on small business confidence in June was in line with pre-quake levels.  Japan’s retail sales increased by a much larger than expected 1.6% month-over-month in June, after a sluggish 0.1% drop in May.  The next key data in Japan is the June industrial production data, which is due out later tonight.

3. True default is off the table. Jay Carney, White House Press Secretary confirmed yesterday in a 2 PM press conference that the Treasury will soon unveil payment prioritization if no deal is reached by August 2nd.  With the Treasury expected to receive tax receipts of $175 billion in August – while far short of the $310 billion in total Federal obligations for the month – this is well in excess of the $29 billion in interest payments that are due.  These interest payments would have a very high priority and are very likely to be made even if legislation to lift the debt ceiling is not passed.  The Treasury is expected to release this prioritization plan after the close on Friday.

4. Initial claims for unemployment insurance dip below 400,000. For the first time since early April 2011, fewer than 400,000 individuals filed for first-time unemployment benefits last week; 398,000 people filed for benefits, the fewest since April.  Over the past four weeks, an average of 413,750 individuals per week filed claims, also the fewest since April 2011.  While this is a volatile series, the dip below 400,000 is a solid signal that the economic soft spot may be ending.