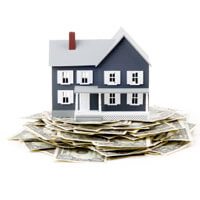 3/29/11: In the markets, as in life, there are no guarantees but everyone is entitled to their opinion. Here’s my opinion on the financial markets today.

The S&P opened near unchanged this morning (but began to slip in the opening minutes), tracking losses overseas as Japan continues to face an escalating nuclear contamination threat.  It is another quiet day for domestic economic data, but this will become “loud” by Friday when job and ISM reports come out.

Looking back at Monday, sentiment was supported by the fact that the macro situation overseas did not appear to suffer any incremental deterioration and oil moved lower.  Still, there was not enough to preserve the day’s gains, which were erased just before the end of the session.  Telecom, which is benefiting from proposed consolidation, was the only sector in the green, while Consumer Discretionary, which fell over 1%, was hurt by a major hospitality company’s losses following a tepid outlook.  Consumers and corporate America got some cost relief as key commodity indices slid over a percent on broad-based weakness.

So, what about home values and prospects for sales? The National Association of Realtors reported that pending existing home sales, which typically turn into existing home sales within two months, rose 2.1% month-over-month in February, exceeding expectations.  Weather clearly played a factor here, as pending home sales in the Northeast (which was buried under record snowfall in February) fell 11% month-over-month.  This morning, the S&P/Case-Shiller home price index data revealed that home prices fell by less than expected between January and February, and are now down 3% from a year ago.  Not much was expected out of the housing market in 2011, and thus far it has not delivered much.  What does this mean for you? It means that all of us have quite a ways to go in the housing wealth department before we begin to feel “normal” again.

Meredith Whitney is still taking heat on her forecast for municipals. Whitney changed her now infamous forecast of $50-$100 billion in municipal defaults to occur over a “multi-year horizon” versus the “coming 12 months.”  Municipal Market Advisors (MMA), a third-party independent research firm, authored a study that only $1.2 billion of municipal defaults among 60 issuers (each defaulting on roughly $20 million) have occurred since her forecast was initially released to clients on September 30, 2010.  For Whitney’s $100 billion default forecast to be reached, roughly 5000 issuers would have to default between now and October 1, 2011, which certainly does not look likely.

Federal Reserve speakers and their weekend opinions on QE2. This past weekend, St. Louis Fed President Bullard (non-voter) suggested QE2 could end early given stronger domestic economic data.  Given the full slate of Fed speakers this week, his comments garnered market attention but were quickly put to rest as Fed Presidents Evans (voter) and Rosengren (non-voter) spoke in support of seeing QE2 through to completion.  Currently, futures indicate a 40% probability of a 0.25% Fed rate hike by December of this year.