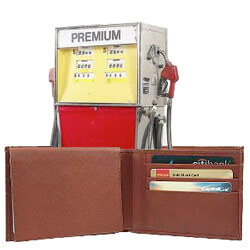 3/10/11: In the markets, as in life, there are no guarantees but everyone is entitled to their opinion. Here’s my opinion on the financial markets today.

U.S. stocks opened lower this morning following higher jobless claims and mounting growth concerns in Europe and China.  Although slowing Chinese exports gave the economy some oil relief, worries about peripheral Europe after Moody’s Spanish debt downgrade and concerns about the potential impact of a more pronounced Chinese slowdown are weighing on global equity markets this morning.  Meanwhile, higher weekly jobless claims added to the bearish tone.  The weak Chinese trade data, which tends to be volatile early in the year around the Chinese New Year, is pressuring copper and other key commodities and weighing on mining stocks.  The Nikkei closed 1.5% lower, while European stocks were down about 1% in mid-day trading overseas.  Agriculture prices are under pressure after a monthly government supply report, while metals are down on China rumors.

Looking back at Wednesday, there was a slight dip in the broad averages that masked a defensive tone.  The S&P fell about two points yesterday, with the bearish portion of that decline quite interesting with defensive sectors far outpacing the cyclical by an average of over 1%.  Lower U.S. crude prices weighed on Energy stocks but failed to have the desired effect of alleviating the market’s growth concerns.  Utilities topped yesterday’s rankings with a gain of over 1%, while Materials suffered from Chinese growth concerns and lower copper and agriculture prices.  Natural gas and livestock were solidly higher while most other commodities were lower.

How just 2% of global oil production could impact your wallet? Libya only represents 2% of the global crude supplies but there is still reason for concern. With excess capacity limited and the risk of contagion to other oil-producing nations in the region, seemingly small disruptions to global supplies can have a significant impact on oil prices.

The U.S. economic data was weaker than expected this morning. The government reported that weekly jobless claims rose 26,000 last week to a seasonally adjusted 397,000.  The consensus was for an increase in first-time claims to a seasonally adjusted 378,000 from last week’s upwardly revised level of 371,000.  Over the past four weeks claims have averaged 392,500, putting them near a three year low.

The U.S. trade deficit widened more than forecast to the highest level in seven months as a surge in imports, led by more expensive oil, overshadowed exports. The trade deficit widened 15% to $46.3 billion from $40.3 billion in December.  This was much wider than the consensus had anticipated, but given the market concerns in the Middle East and the associated flight-to-quality rally in Treasuries, neither economic report had much of an impact on the bond market.

Moody’s downgraded Spain’s debt rating, following up last week’s downgrade of Greece, one notch to Aa2 and left the rating on “outlook negative.” The rating agency believes the Spanish government’s cost assumptions of 20 billion euros to restructure its banking system are too optimistic and expects it will take closer to 40 to 50 billion euros.  Five-year credit default swaps, reflecting the cost to insure Spain’s debt against default, rose to 256 basis points (bps).  The number is down sharply from January’s record level of 360 bps and well shy of Greece’s 1,040 bps, where the market is pricing in a much higher probability of default.

Treasury yields declined by 6 to 8 basis points yesterday following strong demand at the Treasury’s $21 billion 10-year note auction. The bid-to-cover ratio of 3.32 was the highest since last April, and the closing yield was 2.5 bps lower than the level just prior to the auction.  While participation among foreign investors declined to 53% from a month ago, the rate remained above the average over the last 12 months.  Later today, the Fed will announce the size of its purchase operations over the next month as part of Quantitative Easing 2, with a total of $103 billion expected ($80 billion QE2 and $23 billion reinvestments).