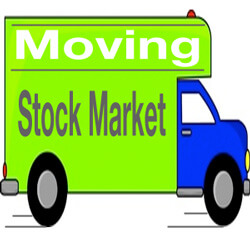 3/02/11: In the markets, as in life, there are no guarantees but everyone is entitled to their opinion. Here’s my opinion on the financial markets today.

The “tug of war” between economic data painting a picture of a firming U.S. economy on the one hand and heightened geopolitical risk on the other will continue today.  Score one point for firming data, as the just-released ADP employment report, a prelude to Friday’s government payroll data, showed strong job gains.  Major markets around the world fell overnight, with oil importer Japan hit especially hard with losses of over 2%.  U.S. crude is up 1% to near $101, while most agriculture commodities are higher and silver continues to attract safe-haven buying as supply concerns persist.

Looking back to Tuesday, stocks did not continue their recent trend of producing gains on the first trading day of the month, as Africa/Middle East unrest and the resulting spike in oil prices sent traders “to the exits” in droves.  Developments in the region dominated the headlines, as Bernake’s Senate testimony, including some relatively upbeat commentary about the economic growth outlook, and strong ISM reports out of the U.S. and elsewhere, failed to encourage buying.  West Texas Intermediate crude rose nearly 3% to near $100 as all eyes remained focused on overseas events.  Meanwhile, precious metals received a flight-to-safety bid, pushing gold to a new all-time high of over $1430.  All ten S&P major sectors finished lower on the day, led down by the economically sensitive Materials sector.

Around our financial planning firm this morning, we were discussing five items that we thought would be of particular interest to our readers:

Why is the ISM Manufacturing report important to your stocks? It’s important to track the purchasing of companies.  Usually most companies order 90 days in advance when they need a materials and products.  More orders gives us an indication that 90 days from now company’s earnings should be higher and this could cause stock prices to move up. The reverse applies if we see purchases going down in companies.  People ask all the time, “what direction is the stock market moving?”  This is one good indicator that might give insight to that question.

How to read the ISM Manufacturing report: This report is published on the first business day of every month for the prior month.  It is a qualitative survey of purchasing managers at manufacturing businesses across the country.  The survey has been in place since 1948 and is a great leading indicator of S&P earnings trends, as a large portion of S&P 500 companies have exposure to the manufacturing sector.  Purchasing managers are asked each month about their firms’ new orders, employment, prices paid, order backlog, production and export orders, and whether these items are increasing, decreasing or unchanged from the prior month.  A diffusion index is created by taking the percentage of respondents seeing an increase in activity and subtracting the percentage of respondents reporting a decrease in activity.  A reading above 50% indicates that the manufacturing economy is generally expanding; below 50% indicates that it is generally contracting.  A reading in excess of 42.5%, over a period of time, generally indicates an expansion of the overall economy.

The ADP employment report for February was quite strong, but has overstated strength in the labor market in the past few months. The ADP employment survey (compiled by the nation’s largest payroll processing firm) revealed that private sector employers added 217,000 jobs in February 2011.  It was the thirteenth consecutive monthly gain in the series, the longest stretch of gains since mid-2007 (pre-recession).  The consensus was looking for a gain of 180,000, and the high estimate for February called for a gain of 210,000, so the February result was above the high end of the range.  ADP overestimated private sector employment in both December 2010 and January 2011.  But prior to that, ADP had underestimated private sector payrolls by an average of 50K to 75K throughout late 2009 and 2010.  As a result, the market is losing some confidence in ADP as a predictor of the government’s jobs report.

It’s too early to wave the “all clear” on drilling in the Gulf of Mexico. There was recent approval for a deepwater drilling permit, the first awarded since the moratorium established after the Gulf oil spill nearly a year ago.  While this decision is an indication that the industry has shown its ability to contain potential future spills, it is important to note that this permit involved a well that was interrupted by the moratorium and was therefore not subject to a full environmental review.  Therefore, our opinion here is that the pace of permitting will remain slow.

Due to regulations, comments have been turned off.