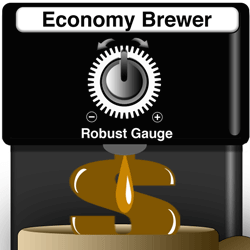 6/06/11: In the markets, as in life, there are no guarantees but everyone is entitled to their opinion. Here’s my opinion on the financial markets today.

U.S. stocks opened down marginally this morning amid persistent growth concerns.  With a quiet week of economic data following last Friday’s flurry, and a lull in earnings news, the market’s attention will be focused on Europe and geopolitical developments around the world in coming days.  Overseas, European and Asian markets were broadly lower overnight.  Banks dragged European averages down as regulators battle over capital requirements.  Japan’s Nikkei closed at an 11-week low in response to Friday’s weak U.S. jobs report and on bankruptcy fears of a major power provider in that nation whose shares tumbled 30%.  Most key commodities are lower this morning amid a firm dollar, though precious metals are higher on support from safe-haven bids and copper is up slightly.  U.S. crude dipped below $100 ahead of a key OPEC meeting.

Looking back at Friday, stocks sealed their fifth straight weekly decline.  However, already low expectations, reported progress on Greece’s bailout and a better-than-expected ISM services number helped limit Friday’s losses.  Stable oil prices and strength in service stocks helped Energy finish flat, while the rest of the S&P sectors lost between 0.7% and 1.7%.  The broad commodities indexes were flat as higher metals and agriculture prices were offset by energy weakness amid a weaker dollar.  After losing about 2% last week, the S&P 500 has halved its previous 9% 2011 gain achieved on April 29th.