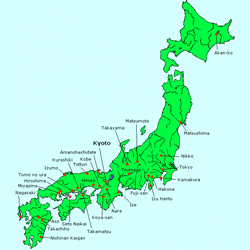 3/14/11: In the markets, as in life, there are no guarantees but everyone is entitled to their opinion. Here’s my opinion on the financial markets today.

U.S. stocks opened lower this morning as markets continue to assess the economic impact of the devastating Japanese earthquake and tsunami.  The long list of investor worries, including unrest in the Mideast and North Africa, high oil prices, the ongoing European debt crisis and China’s slowdown, just got longer.  The Nikkei lost more than 6% in its first session since the quake hit, while the rest of Asia actually mustered modest gains.  European stocks are lower in mid-day trading overseas, with insurers and some Asia-exposed luxury retailers down on Japan concerns.  Oil is down about 1% on demand concerns and relative quiet in the Mideast, while safe-haven buying lifted gold.

Looking back at Friday, the worst Japanese quake on record caused ripple effects throughout Asian markets but had minimal impact on U.S. trading.  In fact, industrial and material companies around the world got a lift from potential new business from rebuilding efforts.  Meanwhile, lower oil prices and the absence of escalation in the Middle East helped buoy sentiment.  The economic data was mixed, including solid (though fully expected) retail sales and a surprising drop in consumer sentiment.  The S&P 500 fell 1.3% last week and is now down about 3% from February 18th highs.

What will be the Japanese impact on your investments? Stocks in Japan may suffer as trading resumes, but the impact of the disaster is likely to be limited elsewhere.  Base metals and oil demand in the near term may suffer slightly due to closed or damaged facilities in Japan.  However, with manufacturing activity booming around the world, demand for commodities is likely to remain solid and any decline is likely to be short-lived.  As mentioned above, certain market sectors that are “rebuild- infrastructure- heavy” have been helped.  Japan’s central bank has already injected a record $183 billion into the Japanese economy in response to the earthquake.  We continue to watch potential catalysts that may make the Japanese situation worse, including the on-going nuclear situation, the risk of a follow on major earthquake and the possible impact on the country’s social stability.

In the domestic economy, there are still three positive macro trends that we continue to track. First, U.S. companies are trading at attractive valuations with earnings this year expected to reach new all-time highs.  Second, while gross domestic product (GDP), consumer spending and the stock market are at or near all-time highs and the manufacturing sector is booming, job growth has lagged.  But, February’s rise in employment by about 200,000 workers was the biggest number yet for this recovery, when adjusted for the census hiring that bloated the numbers in the first half of 2010, suggesting job growth may finally be starting to turn the corner.  Third, government policy is moving towards the center, which arguably will support further growth.

There is also other economic data that the market will be attuned to this week. There is a Federal Reserve policy meeting this week and a “scattering” of economic data for February and March that is coming out.  The Chinese economic data is quiet this week, while central banks in Norway, Hong Kong, Switzerland, Colombia and Iceland meet to set policy.  Of these, only resource-rich Chile is expected to raise rates.  The U.S. Federal Reserve will probably not give any signal that it is preparing to raise rates, but policymakers are likely to boost their view of growth and express some concern about rising raw materials prices.