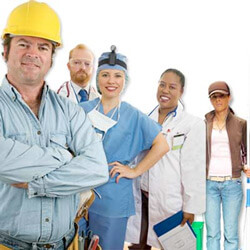 2/23/11: In the markets, as in life, there are no guarantees but everyone is entitled to their opinion. Here’s my opinion on the financial markets today.

U.S. stocks opened near unchanged this morning after a failed rally attempt.  Not surprisingly, market participants will again keep their focus squarely on tensions in North Africa and the Middle East and its impact on energy markets.  Earlier this morning, gains in futures were erased as geopolitical risk offset bargain hunting.  Technology will get at least some attention today after a well-known sector provider trimmed its 2011 sales outlook.  Retailers may also garner some attention after a solid increase in weekly same-store sales and several positive earnings reports.  European markets were lower on global growth concerns and hawkish Bank of England comments, while major Asian markets were lower with the exception of Shanghai.  U.S. crude futures climbed to fresh 2 ½-year highs near $97 after several oil companies stopped operations in Libya.  Elsewhere on the commodity front, silver and gold are higher while copper, wheat and corn are lower.

Looking back at Tuesday, stocks succumbed to sharp increases in oil prices and Libyan unrest.  Oil prices surged to fresh two-year highs as continued unrest in the Middle East caused a mass exodus from global risk assets.  For the S&P 500, it was the biggest one-day decline since August 2010, while the VIX measure of stock market volatility spiked nearly 30% to a three-month high.  Libya’s roughly 1.6 million barrels of daily oil production may be enough to get U.S. prices (West Texas Intermediate crude) to $100, but the market’s biggest fear is that Saudi supplies are eventually disrupted.  Higher oil prices helped Energy (-0.7%) hold up relatively well in the selloff, although Utilities (-0.3%) fared better on falling interest rates and the sector’s defensiveness.  Meanwhile, lower base metal prices weighed on Materials (-3.2%), while Financials (-3.1%) were also hit hard on broad-based weakness.  A couple of pockets of good news – higher consumer confidence and upbeat results from a major retailer – were far outweighed by geopolitical concerns.

Around our financial planning firm offices this morning, we were discussing five items that we thought would be of particular interest to our readers:

Falling dictatorships and the transition of power. Obviously, geopolitical risk is a significant consideration in equity investing this year.  Needless to say, each “country situation” will be different.  While prospects for a favorable transition to a democratic, relatively U.S.-friendly regime in Egypt look favorable, Libya’s political future remains highly uncertain.  Impacts on investments, such as rising oil prices or flight-to-safety rallies in U.S. Treasuries, will be governed by how power is transitioned and at what speed.

Some other economic data this morning was better than expected. Mortgage applications for the week ended February 18th increased 13%, driven by refinancing (+18%) and lower mortgage rates.  New purchase applications rose 5.1%.  Warm weather drove weekly retail sales, which rose 2.6% versus the prior week.

NASDAQ is evaluating its own bid for the NYSE. New York-based NASDAQ is evaluating whether it can mount a competing bid to Deutsche Borse to buy the NYSE.  If NASDAQ decides that it cannot mount a competitive bid against Germany’s exchange operator, it will potentially look to buy another exchange (the Chicago Board of Exchange is a potential target) or sell itself.  With its strong technology, NASDAQ in recent quarters has done well, but ultimately some suggest that it needs to be bigger to do well in the long-term.

We continue to watch events in Bahrain carefully. Because of its critical strategic importance to the “force projection” capability of the U.S. Navy’s Fifth Fleet, events in this country are a continuous point of discussion in our offices.  More than 100,000 Bahraini opposition supporters were in the streets Tuesday, the largest rally since the protests began earlier this month.  Despite the government’s efforts to pardon political prisoners, conduct dialogue with opposition groups and sanction peaceful protests, it appears that the “momentum” of the opposition is growing as reflected by the increasing crowds.

Organized labor, and its on-going political influence, is “front and center” with events in Wisconsin. Republicans clearly have unions in the Midwest at the top of their “To Do List” as they assault the bargaining and dues collecting power of both public employee and other types of unions.  Simply put, labor unions are facing their most serious threat since Ronald Reagan broke the air-traffic controller union 30 years ago.  What does this mean economically?  First, Republicans are attempting to “reign in” what they view as an “out-of-control” entitlement climate that impacts state budgets.  Wisconsin has emerged as “ground zero” in this effort.  Second, they are arguing that establishing the industrial Midwest as a “right to work” area, as opposed to pro-union, would make the region more competitive in world markets and thus more economically viable.