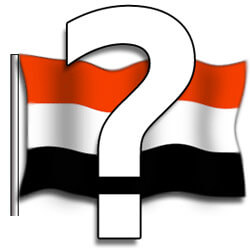 3/23/11: In the markets, as in life, there are no guarantees but everyone is entitled to their opinion. Here’s my opinion on the financial markets today.

Stocks are down slightly this morning at the open as market participants continue to follow headlines out of Japan, Libya and Portugal.  Cost estimates for the rebuilding effort in Japan are being reported in the range of $300 billion, well above initial forecasts.  Gadhafi is not backing down as fighting in Libya continues.  Meanwhile, a vote on austerity measures in Portugal will keep European markets – mixed overnight – on edge.  Asian markets were also mixed, with Japan losing 2%, half of its previous day’s gains, but Chinese stocks were solidly higher.  As we will discuss in more detail below, unrest in Yemen is putting additional upward pressure on crude, now over $105, while key metals are higher as well.

Looking back at Tuesday, modest losses ended the three-day winning streak for the S&P 500 that saw stocks recover about half of their recent slide.  Recent gains have followed progress in Japan and increasing comfort with the scope of the nuclear crisis and disruption of global supply chains.  Meanwhile, fighting in Libya sent crude over $104 and European sovereign debt woes are ongoing.  Only Telecom and Utilities finished the session in positive territory, while cyclical Industrials and Consumer Discretionary sectors lost nearly 1%.  Oil and metals strength pushed the key commodities index up 1%.

Yemeni President Saleh has refused to step down despite demands by a variety of opponents that he quit. The United States and Saudi Arabia have watched with growing concern over recent years as Yemen, under Saleh’s leadership, has devolved into a failed state with shrinking oil revenues, an exploding population and conflicts with secessionists in the south, rebels in the north and an al Qaeda affiliate in the rugged tribal region.  Talks between the controversial U.S. ally, Saudi Arabia and Major General Ali Mohsen al-Ahmar, a top commander who abandoned the president Monday, haven’t yielded a clear transition of power.  As with other geopolitical events, markets struggle the most with uncertainty and this is just another example in what seems like a very long, impactful list right now.

Continuing on the Middle East theme, oil is higher this morning on continuing conflict in that part of the world. The targeting of Libyan loyalist military by coalition aircraft continued through the night of March 22-23, with strikes concentrating on targets in Tripoli for a fourth consecutive night.  However, there appears to have been a noteworthy drop in the pace of operations.  On a visit to El Salvador yesterday, President Obama said there was a “significant reduction in the number of U.S. planes that are involved in operations over Libya.”  Tensions are also rising in Israel as Palestinian militants fired rockets far into southern Israel late Tuesday and early Wednesday and Israel responded with airstrikes in Gaza.

The International Monetary Fund is working on a proposal to become a significant lender of dollars, euros and other hard currencies during times of crisis, essentially sharing the role of global lender of last resort with the U.S. Federal Reserve. Under the plan, which has been encouraged by the United States and other members of the Group of 20 nations, the IMF would provide short-term foreign-exchange swaps to central banks in developing nations as a way to handle financial shocks that leave those nations short of hard currencies.  That could help convince borrowers that they don’t need to accumulate huge reserves of foreign currencies to protect themselves during times of trouble.  Why is this significant?  The U.S. and Europe have been concerned that foreign-exchange reserves can help countries like China manipulate their currencies to keep them undervalued.

Credit unions have jumped into the financial crisis “blame game” big-time. Federal regulators are blaming Wall Street’s biggest firms for the collapse of five institutions at the heart of the nation’s credit union industry and are seeking to recoup tens of billions of dollars in losses on securities that doomed the five.  In one of the broadest accusations that Wall Street helped cripple financial institutions during the crisis, the National Credit Union Administration, or NCUA, has threatened to sue several investment banks unless they refund over $50 billion of mortgage-backed securities sold to wholesale credit unions, which loaded up on the bonds in their role of investing on behalf of retail credit unions.  We are watching this closely, as it is one of the most aggressive moves yet on behalf of firms that purchased these “toxic” assets.