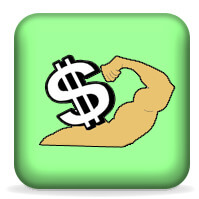 3/30/11: In the markets, as in life, there are no guarantees but everyone is entitled to their opinion. Here’s my opinion on the financial markets today.

Stocks opened higher this morning after ADP reported just over 200,000 jobs were added in March, hopefully a precursor to a number at least that good from the government on Friday.  Strong gains overseas are helping our market’s open, as the German DAX was up more than 1% in mid-day trading while Japan and Hong Kong closed higher by 2.6% and 1.7%, respectively.  China’s main stock index fell, however, on worries over further monetary tightening.  Gold and silver are higher this morning amid support from geopolitical risk and European sovereign debt woes.  Key agriculture commodities are mostly higher ahead of tomorrow’s prospective plantings report and copper is lower on overseas growth concerns.

Looking back at Tuesday, the market continued its climb back on positive company news and positioning ahead of quarter end and key data.  The S&P 500 is now 5% above its mid-March lows after pulling back 6% from mid-February highs.  Yesterday’s economic data did not help much, as consumer confidence and the S&P/Case-Shiller measure of home prices both fell.  Energy was a winner on higher crude prices, although Telecom topped the sector rankings for the second straight day on hopes that consolidation would help pricing.

With all that is going on internationally, is recent stock market strength surprising? When you look at many factors domestically, the broad fundamentals and valuations for the U.S. equity market do seem to support the market at these levels.  Earnings estimates for S&P 500 companies continue to move higher, interest rates are low, banks are lending, financial markets are operating as close to “normal” as they have in several years, corporate profits are booming, and the U.S. and global economies are growing.  However, risks to these recent strengths definitely remain out there, including: rising interest rates, the end of QE2, rising consumer energy prices, geopolitical flare-ups and still sluggish housing and labor markets.

Are there potential issues in Europe that are flying under the radar? While the media has, in some cases, “moved on” from the European solvency issue this year, the problems remain, and most market participants remain keenly aware of them.  The key difference between early 2010 (Greece) and today (Ireland, Portugal) is that the names have changed and the market has already discounted a lot of bad news (and slow growth) from Europe and the U.K.

Updated corporate layoffs data is favorable. Layoff announcements, which tend to lead initial claims for unemployment insurance by a few months at turning points, fell by 9,000 between February and March and were down 40% year-over-year.  Layoffs in the government sector (20,000 in March versus 16,000 in February) continue to be the largest single source of layoffs.  Layoff announcements over the last 12 months (479,539) were the lowest for any 12-month period since early 1998, when the unemployment rate was 4.5%.  In short, layoffs aren’t the problem, but new hiring is.

Because of regulations, comments have been turned off.