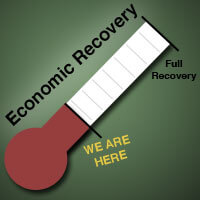 4/07/11: In the markets, as in life, there are no guarantees but everyone is entitled to their opinion. Here’s my opinion on the financial markets today.

U.S. stocks opened near unchanged this morning despite better-than-expected same-store sales results from retailers and a dip in weekly jobless claims.  Our markets are following the lead of markets overseas in doing very little, despite Portugal’s bailout request and the ECB’s interest rate hike.  Asian trading was also lackluster, with the Nikkei inching slightly higher and the Hang Seng flat.  On the commodities front, U.S. crude inched higher to over $109, copper is solidly higher on global growth optimism, and key agricultural commodities are higher on domestic weather concerns.

Looking back at Wednesday, domestic markets got early support from a successful Portuguese debt auction and optimism that the end of China’s rate tightening campaign may be near.  Early strength faded before Financials led a late run back into positive territory.  Markets continue to successfully shrug off macro and geopolitical concerns, putting the S&P 500 within 1% of February highs.  Financials topped Wednesday’s sector rankings on hopes of a favorable mortgage put-back settlement, while Technology outperformed as recent weakness attracted bargain hunters.  Higher oil and metal prices were not enough to prevent resource sector losses.

So, just where are we in the economic recovery? Most likely, in the early stages of it.  At worst, the economy is about 1/3 or the way through the recovery; at best, we are probably just 20% of the way through.  Leading indicators continue to suggest trend to slightly above trend growth in the economy over the next 12 months, and the coincident indicators suggest that growth is solid, but not spectacular, here in early 2011.

This is a busy morning for central banks. As expected, the European Central Bank (ECB), raised rates by 25 bps this morning, and hinted that more rate hikes were on the way, although perhaps not as soon as the next ECB meeting in early May.  Unlike the Fed, which has a dual mandate from Congress to promote full employment and low inflation, the ECB’s only mandate is to keep inflation low.  The Bank of England, as expected, kept rates steady and maintained its version of quantitative easing.  The market expects both the ECB and BOE to raise rates three times more this year.  The Bank of Japan remains in easing mode, as is warranted given the earthquake and its aftermath.  Today, the BOJ made another injection of liquidity into the Japanese banking system in order to facilitate lending for the rebuilding effort.

Portugal finally requested aid from the European Union after unsuccessfully attempting to resolve its budget deficit on its own. The news was widely anticipated and resulted in a decrease in the cost to insure against default by the nation.  Markets are distinguishing between nations that have received or requested bailouts (Greece, Ireland, Portugal) and Spain and Italy, whose borrowing costs remain much lower.  For example, the yield on the 10-year government bond of Spain (5.25%) is well below that of Portugal (8.5%).