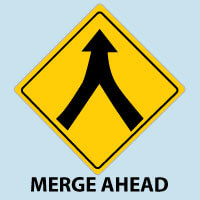 5/10/11: In the markets, as in life, there are no guarantees but everyone is entitled to their opinion. Here’s my opinion on the financial markets today.

The major averages are higher this morning following strong Chinese export data, a successful Greek debt auction and more M&A activity.  The strong open has the S&P 500 poised for its third straight up day, following four consecutive declines last week.  The latest deal news comes from the Technology sector in the form of Microsoft’s bid for Internet phone provider Skype, a deal with a proposed value of over $8 billion.  Led by miners, European markets are higher in mid-day trading after a successful Greek debt auction and some good earnings news.  Elsewhere, the Nikkei benefited from reports that Toyota’s production recovery is ahead of schedule, while the Chinese Shanghai Index also closed higher.  A firm dollar is weighing on oil prices despite strong Chinese import data, while adverse weather conditions are pushing crop prices broadly higher.  Gold and silver are both higher this morning despite the stronger greenback and the Greece news.

Looking back at Monday, stocks bounced back from last week’s selloff and advanced for the second straight session.  Natural resources provided market leadership, as Energy and Materials each gained more than 1% while gains for the rest of the market were minimal.  Investor attention was focused on Greece, which contributed to early dollar strength that fizzled later in the day.  The CRB broad commodity index rebounded 2% after last week’s rout.  The week started off slowly in terms of economic and earnings news, but will pick up later in the week.