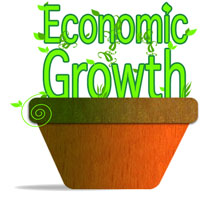 5/27/11: In the markets, as in life, there are no guarantees but everyone is entitled to their opinion. Here’s my opinion on the financial markets today.

In what is sure to be a low volume session ahead of the holiday weekend, stocks opened higher as market participants weigh the eurozone’s debt troubles, the recent soft patch of U.S. data, and the old Wall Street expression that tells us to “sell in May” against prospects for growth to accelerate later in the year and strong corporate profits.  On the data front, April personal income and consumer spending suggested the consumer continues to hang in there and inflation remains contained, helping preserve the market’s early gains.  Some upbeat comments for the G-8 about the global growth outlook lifted overseas markets, especially emerging markets.  European banks are higher on hopes of more manageable capital requirements, despite persistent sovereign debt worries that have boosted the euro to an all-time low versus the safe-haven Swiss franc.  Elsewhere, weak earnings from a major technology company weighed on the Nikkei, marking its third straight losing week.  Commodities are broadly higher on prospects for firming global growth and the weak dollar.

Looking back at Thursday, stocks began with early losses on disappointing data, but staged a gradual climb to end the session higher.  The sluggish start followed an unrevised 1.8% GDP number that fell short of expectations and an unanticipated rise in weekly jobless claims.  However, the combination of a weak dollar, strong gains in a well-known blue chip and solid earnings from retailers and technology companies helped lead the turnaround.  The well-received earnings reports propelled Consumer Discretionary and Technology to the top of the sector rankings, while defensive sectors lagged.  The broad Commodities indexes did not move much, although wheat, aluminum, and soybeans were standouts to the upside while crude, natural gas and silver each fell about 1%.