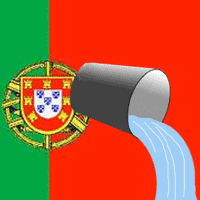 5/04/11: In the markets, as in life, there are no guarantees but everyone is entitled to their opinion. Here’s my opinion on the financial markets today.

U.S. stocks opened marginally lower this morning after ADP reported 179,000 private sector jobs were created last month, slightly below expectations near 200,000.  Other noteworthy economic data due out today includes the ISM Services report, while retailers will report same-store sales results over the next two days.  Earnings will continue to garner attention, with several consumer staples, financial, and media companies out with results today.  Stocks are following the recent pattern of selling off toward the end of earnings season (over 70% of results are in).  Meanwhile, two decent-sized merger announcements (semiconductors and food) continue recent healthy M&A trends that have helped support the market-leading mid cap stocks this year.  European stocks fell on weakness in mining stocks on lower copper and silver prices again this morning.  Asian markets are mostly lower as rate hike fears continue to weigh on sentiment in India and elsewhere in the region.

Looking back at Tuesday, a late rally was not enough to get the S&P 500 back to even, although the more defensive Dow ended the day unchanged.  Traders continued to take profits in commodity stocks as Energy and Materials lost 2.4% and 1%, respectively, most among the S&P sectors, while the broad CRB Commodity Index lost about 1%.  Silver prices are down 12% the past two sessions on yet another increase in margin requirements (third in a week) and some high-profile sellers.  Oil prices slid more than $2 to $111 while the dollar enjoyed a rare up day.  Defensive sectors occupied three of the top four spots in Tuesday’s sector rankings, led by the interest-rate sensitive Telecom and Utilities sectors on a day when the 10-year yield dipped three basis points.  Most of the reporting companies saw their shares drop following results, most notably energy producers, though a large financial company’s results were well received and helped lift other lenders.