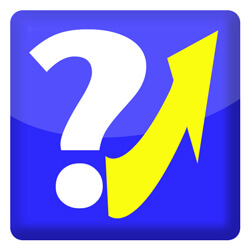 6/09/11: In the markets, as in life, there are no guarantees but everyone is entitled to their opinion. Here’s my opinion on the financial markets today.

Bargain hunters are stepping in this morning and supporting stocks at the open.  Last night’s profit warning from a major technology chipmaker is weighing on that sector a bit this morning.  Overseas markets are mixed, with Europe up marginally in mid-day trading, while Japan closed higher and the Hang Seng dipped.  Greece’s seemingly permanent appearance in the headlines is limiting gains in Europe and weighing on the euro.  Most key commodities are higher, though Chinese tightening fears are pressuring copper.  U.S. crude is up over $101 on follow-through after OPEC’s paralysis.

Looking back at Wednesday, there wasn’t much in the way of news, but what news there was failed to help stocks stop their five-day slide amid more growth concerns.  The World Bank cut its global growth forecast, while the Beige Book confirmed the mixed economic conditions.  There was some interesting news in the oil patch as OPEC failed to reach an agreement to increase supply, while weekly inventories were tighter than expected, pushing oil prices and the Energy sector higher.  The rest of the cyclical sectors drove the broad averages lower, while the defensives held up well – a trend that has been in place for several months now.  Financials sold off after a bill to postpone the implementation of debit card fee caps failed, while telecom equipment earnings weakness weighed on Technology.  Most commodities besides oil were lower as the dollar rebounded.

Greg Powell, CIMA
President/CEO
Wealth Consultant
Note: The opinions voiced in this material are for general information and are not intended to be specific advice. Any indices such as the S & P 500 can’t be invested into directly. Past performance is no assurance of a future result.