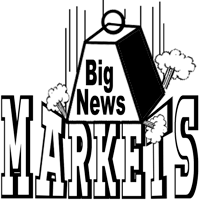 5/02/11: In the markets, as in life, there are no guarantees but everyone is entitled to their opinion. Here’s my opinion on the financial markets today.

U.S. stocks opened higher this morning after yesterday’s news that Al Qaeda leader Osama bin Laden had been killed by U.S. forces in Pakistan.  In addition to sending stocks higher, the development pushed the dollar up and reduced risk premiums in safe-haven precious metals.  The ISM for April is due out later this morning and may determine whether market gains hold.  European stocks rose to a two-month high on earnings optimism and strong manufacturing data, while the Nikkei rallied back over 10,000 for the first time since mid-March.  Commodities are mostly lower, weighed down by a rising dollar and falling risk premiums in oil and precious metals on the bin Laden news.  Silver is getting hit especially hard following an increase in margin requirements for speculative positions at the CME.  U.S. crude remains over $114 after gaining about 50 cents.

Looking back at Friday, April ended on a high note.  Stocks were not up much Friday, but the week and the month were excellent and the S&P 500 has risen during seven of the past eight sessions.  The broad index rose 2% last week, bringing the April return to a solid 3% and the year-to-date advance to over 9%.  Earnings continue to be a key driver of the market’s ascent.  On Friday, the ten S&P sectors finished in a tight range, except for Energy, which jumped 1.5% on a day when no other sector rose as much as a half percent.  A nearly 1% rise in oil and more than 3% jump in natural gas, along with upbeat earnings reports, lifted the sector.  Telecom lost the most ground with a 0.6% loss.  Precious metals had a strong week and month, with gold and silver futures up 3.5% and 5.5% on the week and 8% and 28% for the month.

Greg Powell, CIMA
President/CEO
Wealth Consultant
Note: The opinions voiced in this material are for general information and are not intended to be specific advice. Any indices such as the S & P 500 can’t be invested into directly. Past performance is no assurance of a future result.