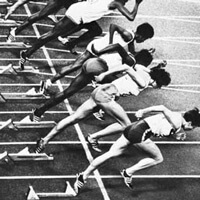 4/1/11: In the markets, as in life, there are no guarantees but everyone is entitled to their opinion. Here’s my opinion on the financial markets today.

After one of the best first quarters since 1998, stocks are getting the second quarter started favorably following better-than-expected economic data.  The U.S. economy added 230,000 private jobs in March, which is higher than analysts predicted.  European and U.S. markets are higher on the news.  Also internationally, China’s PMI showed that its manufacturing sector accelerated, and U.S. data on manufacturing will be out later this morning when ISM metrics are published.  Asia (ex-Japan) indexes rallied to near three-year highs, while the Nikkei lost a half percent.  Oil prices rose on the Chinese manufacturing data and headlines suggesting Qaddafi’s troops are digging in.  Investors also have a big merger headline to digest this morning, as the Nasdaq and ICE exchanges are teaming up for an $11.3 billion bid for NYSE Euronext.

Looking back at Thursday, the session appeared promising early on, but in the end traders “locked in” quarterly gains and employed caution ahead of today’s influential economic data from the U.S. and China.  The market’s struggle to add to recent gains was also influenced by hawkish comments from the Minneapolis Fed President that moved the market’s expectations for Fed rate hikes forward.  Nonetheless, the S&P 500 enjoyed its best first quarter since 1998 with a nearly 6% return.  Materials and Industrials were the only sectors in positive territory yesterday.  Materials got a boost from the USDA’s prospective plantings crop report which lifted fertilizer stocks.  Energy failed to get a lift from sharply higher oil prices in losing 0.3% on the day.

More on the labor market gaining momentum. The private sector economy added 230,000 jobs in March, exceeding economists’ expectation of a 206,000 gain.  The result was even more robust when compared to the so-called “whisper number,” which is the market’s best guess for the report, which called for a gain of 175,000 jobs.  The unemployment rate fell another 0.1% to 8.8% in March, and now is below the Fed’s forecast (8.9%) for the end of the year.  The components of the report were all solid, suggesting similar sized job gains in the months ahead.  The one exception was in state and local government, where another 15,000 were lost.  Nearly 300,000 state and local jobs have been shed in the last 12 months, and nearly 500,000 state and local government employees have lost their jobs since the end of the recession in June 2009.

Ireland is on track to nationalize its banking sector. After “stress tests” uncovered $33.9 billion of capital shortfall, the likely result will be that the government takes majority ownership of the country’s six largest lenders according to Patrick Honohan, governor of Ireland’s central bank.  Finance Minister Michael Noonan has indicated that he will reorganize the banking sector around two heavily capitalized “pillar banks,” Bank of Ireland and Allied Irish Banks.  Ireland’s persistent banking woes are just another example of the challenge that Europe faces in trying to bring the euro-zone debt crisis under control.

It’s hard to believe, but subprime bonds are back. Subprime and other residential mortgage bonds that helped trigger the financial crisis are back in vogue with long-term investors, suggesting that American credit markets are healing after the worst downturn in a generation.  The prices on a representative slice of the subprime bond market have doubled from 30 cents on the dollar at the low point of the crisis to roughly 60 cents today.  Their comeback underscores how investors have regained the courage to take on more risk as the economy recovers, pushing up the prices of a broad swath of riskier assets from commodities to junk bonds to stocks.