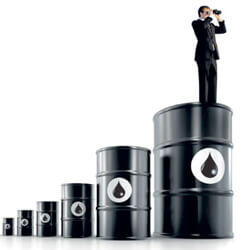 1/28/11: In the markets, as in life, there are no guarantees but everyone is entitled to their opinion. Here’s my opinion on the financial markets today.

Stocks opened somewhat higher this morning after news that the U.S. economy grew 3.2% in the fourth quarter of 2010 based on strength in consumer spending.  Though short of expectations, growth picked up from the third quarter of 2010 and the details of the report were generally positive.  Economic optimism is helping offset earnings-driven weakness in Amazon and Ford shares.  Overseas, lower mining stocks are weighing on European markets while Japan’s lowered credit rating weighed on the Nikkei.  On the commodities front, crude and copper are higher while gold is lower and agriculture is mixed.

Looking back to Thursday, stocks inched higher, leaving the Dow about ten points short of 12,000 and the S&P 500 less than a half point from 1300.  Other than watching those levels, the session provided little that was particularly noteworthy.  Some good earnings news helped power the Consumer Discretionary and Technology sectors, as both outperformed but fell short of sector-leading gains for Financials.  Earnings results were not good enough for the market to overcome higher jobless claims and S&P’s downgrade of Japan’s credit rating.

Around our financial planning firm this morning, we were discussing a couple of major items that we thought would be of particular interest to our readers:

We’re watching oil prices and the Middle East. Oil prices rose sharply in the midst of Egypt’s protests.  The Mubarak government has sustained Egypt’s status as an ally of the United States.  The riots protesting the ruling regime in Egypt come at a time of transition from President Mubarak, who is old and ill, to a predecessor.  The coming changes do not mean that Egypt will necessarily become hostile to the United States and Israel; however, the Suez Canal is a major chokepoint for oil transport.  Whatever happens, the key American concern is that when all is said and done, Egypt will remain pro-Western.