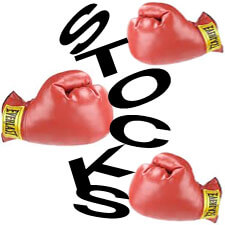 3/11/11:  In the markets, as in life, there are no guarantees but everyone is entitled to their opinion. Here’s my opinion on the financial markets today.

Stocks fell globally after one of the biggest earthquakes in history hit Japan overnight.  The quake, which left hundreds dead, has done significant damage to the country’s infrastructure.  The news rattled overseas investors, sending the Nikkei down sharply and most key international stock indexes down more than 1% as market participants assess potential economic disruption.  Meanwhile, a slight uptick in Chinese inflation data also weighed on global sentiment, while the government’s measure of U.S. retail sales came in right in line with expectations and generated little reaction.  U.S. crude is down about three dollars on Asian growth concerns and a quiet “Day of Rage” in Saudi Arabia.

Looking back at Thursday, stocks sold off sharply, “taking hits” from a number of directions.  Initial pressure on equities stemmed from slowing Chinese export growth and European debt concerns.  Then, higher jobless claims and a wider-than-expected U.S. trade deficit added to the market’s jitters while Middle East unrest continued to weigh on investors’ minds.  A dip in oil prices provided little relief, although it helped Consumer Discretionary hold up relatively well.  The resource sectors were hit hardest as commodity prices fell across the board by similar amounts as stocks.  All S&P sectors finished in negative territory, with the defensive Telecom and Consumer Staples holding up best.

U.S. families carried a smaller debt burden in 2010 than at any point in the previous six years, putting them in position to spend more.  Total U.S. household debt, including mortgages and credit cards, fell for the second straight year in 2010 to $13.4 trillion, according to a Federal Reserve report.  That level comes to 116% of disposable income, down from a peak debt burden of 130% in 2007, and the lowest debt level since the fourth quarter of 2004.  The shrinking debt burden brings U.S. consumers, whose purchases make up about one-sixth of global demand, closer to the point where they can make a big contribution to the world-wide recovery.

The retail sales report for February was solid.  Retail sales growth accelerated in February as weather improved and auto and gasoline sales surged.  Overall, sales increased 1% from January, representing the strongest growth since October, while sales excluding autos and gasoline rose 0.6%.  On a year-over-year basis, sales improved a solid 8.9% overall, and 5.1% excluding autos and gasoline.  Improved weather helped support sales, while rising gasoline prices boosted gas station sales.  The report is not likely to be market-moving, especially in light of the news out of Japan.

Oil trading swung violently on Thursday.  In morning trading in New York, crude fell 4% to $100.62 a barrel on worries that slower economic growth would curb global demand.  However, as reports of unrest in Saudi Arabia emerged, prices rebounded.  Crude closed down 1.6% from a day earlier, but still up 12.4% from the start of the year.  Saudi Arabia is the world’s largest oil exporter, accounting for 10% of the world’s crude-oil production.