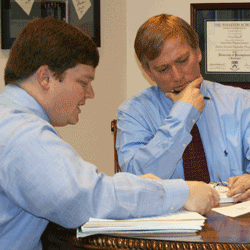 3/18/2011: In the markets, as in life, there are no guarantees but everyone is entitled to their opinion. Here’s my opinion on the financial markets today.

U.S. stocks opened solidly higher this morning as Japan has made some encouraging progress toward containing its radiation threat and the G-7 agreed to coordinated intervention to curb the yen’s rise.  Meanwhile, crude oil is down slightly after getting whipsawed on news out of Libya.  It started last night with the UN’s decision to implement a no-fly zone over the country, which drove crude higher, followed by Libya’s just announced ceasefire against rebel forces, which erased crude’s gains.  These events have helped overshadow an increase in Japan’s nuclear alert level to 5 from 4 (on a scale of 7, where the U.S. reportedly already thought it should be), another 50 basis point increase in China’s reserve requirement ratio, and disappointing outlook from a major shoe retailer in part due to weakness in its Japanese business.  While crude oil reversed early gains after Libyan officials announced a cease fire, agriculture prices are up solidly this morning on strong U.S. export activity and risk of flooding in the U.S. breadbasket.

Looking back at Thursday, stocks staged a welcome rebound after three straight days of losses and seven out of the past nine.  An intraday rally in the Nikkei Wednesday night helped set a positive tone for the European and U.S. markets.  The lack of worst-case scenario developments in Japan’s nuclear crisis and thoughts of many that markets had sufficiently priced in risks helped spark some buying interest.  A positive earnings report outlook from a major overnight shipper and some good economic data (Philly Fed, jobless claims) helped as well, although consumer inflation came in slightly higher than expected and industrial production was negatively impacted by weather.  Commodities were broadly higher on more calm, power substitution and rebuild speculation in Japan (agriculture, industrial metals, natural gas) and less calm in the Mideast and North Africa (oil).  Resource sectors led with gains of roughly 3%, while retail weakness and nuclear power safety concerns weighed on Consumer Discretionary and Utilities.

Around our financial planning firm, we were discussing three items this morning that we thought would be of particular interest to our readers:

Not surprisingly, U.S. economic events took a back seat to global events this week. The data on manufacturing released in the U.S. this week (Empire State manufacturing, Philly Fed for March and industrial production for February) suggested that the manufacturing sector remains strong and prospects for more robust growth in the coming quarters are solid as well.  The price data for February (PPI and CPI) showed that rising raw materials prices continue to push input costs higher, but that there has been little pass-through to the end consumer, especially on core inflation.  The index of leading indicators for February also suggested more solid economic growth over the next nine to twelve months, and the weekly readings on unemployment insurance, mortgage applications and retail sales continued to show little impact from rising energy prices on the job market or consumer spending.  The economy is on track to post a 3 to 3.5% gain in Q1 2011.

Looking out into next week, the economic calendar is light and Congress is on recess. U.S. monetary policy could move to the forefront next week, as Fed Chairman Bernake and two noted inflation “hawks” on the FOMC, Charles Plosser from Philadelphia and Richard Fisher from Dallas, are scheduled to make public appearances.  It appears that the hurdle to end QE2 early is high and the hurdle to begin QE3 in June 2011 is even higher, although the odds have moved up slightly with the quake in Japan and higher oil prices acting to crimp growth.  Although Congress is out of session next week, the release of the UK’s budget may refocus attention on the U.S. budget situation.  Next week’s data in the U.S. includes new and existing home sales and durable goods orders for February, as well as the weekly data on initial claims, retail sales and mortgage applications.  All of the data will be scoured by markets looking for impact from the earthquake in Japan and rising consumer energy prices.

Banks are set to get the “all clear” today to return capital to shareholders. The Federal Reserve has notified the nation’s 19 largest banks of whether they passed the most recent stress tests.  It appears that the overwhelming majority of the banks that have requested clearance to immediately increase dividends and share buybacks will receive approval today, which should help improve investor sentiment for the group.