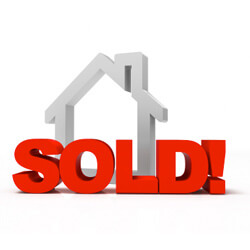 2/02/11: In the markets, as in life, there are no guarantees but everyone is entitled to their opinion. Here’s my opinion on the financial markets today.

With stocks at fresh two-and-a-half year highs, the bulls are looking to the job market and corporate earnings to set the tone for today’s trading.  However, a stronger-than-expected ADP jobs report as well as some relative calm in Egypt and improving European debt markets all failed to give stocks a lift.  European markets rose, led by miners despite a Category 5 cyclone disrupting mining activity in Australia.  Asian stocks were even stronger, with the Nikkei’s 1.8% rise its biggest daily gain in two months.  Weather issues are pushing agriculture prices higher, while crude is holding steady and copper, gold and silver are down slightly.

Looking back to Tuesday, stocks surged on Institute of Supply Management (ISM) data and easing of overseas concerns.  A booming ISM report and well-received earnings reports from UPS, Pfizer, Archer Daniels Midland and others pushed the Dow and S&P 500 over the major psychological levels of 12,000 and 1,300.  Strong data out of Europe and a still expansionary Chinese manufacturing survey completed a global picture that the recovery is on firmer ground.  All ten S&P sectors rose, with the Bank-led Financials and Materials leading the way.  Only Consumer Staples failed to gain 1% or more in a broad-based advance.

Around our financial planning and wealth management firm this morning, we were discussing four items that we thought would be of particular interest to our readers:

ADP employment data for January was quite strong. The ADP employment survey, compiled by the nation’s largest payroll processing firm, revealed that private sector employers added 187,000 jobs in January 2011.  It was the twelfth consecutive monthly gain in the series, the longest stretch of gains since mid-2007 (pre-recession).

The euro climbed to a three-month high today.  Bond-risk premiums for Spain, Portugal, Italy and Belgium narrowed for a third day.  Investors are betting that Europe will succeed in reinforcing its arsenal to battle the debt crisis as Germany appears to agree to further support.

Treasuries sold off following yesterday’s strong ISM report. 5- and 10-year yields rose by 8 basis points.  This morning, the Treasury is scheduled to release its quarterly refunding statement to indicate schedules and sizes of upcoming auctions as well as projected financing needs.  Accompanying the refunding statement are the minutes from the Treasury Borrowing Advisory Committee (TBAC), made up of senior representatives from investment funds and banks.  The TBAC minutes will discuss projections for the budget deficit, demand at recent Treasury auctions, and potential changes in issuance across maturities.