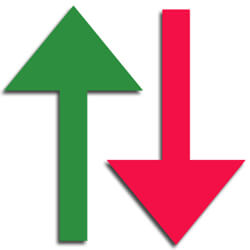 2/04/11: In the markets, as in life, there are no guarantees but everyone is entitled to their opinion. Here’s my opinion on the financial markets today.

The market had a flat open Friday morning after the release of weather-distorted payroll data.  New job totals missed expectations while the unemployment rate dropped as workers left the workforce.  Overseas markets provided a positive backdrop for U.S. pre-market trading, with Europe up modestly and Japan’s Nikkei up more than 1%.  China and Hong Kong’s markets are closed for the Chinese New Year.  Energy and industrial metals prices are higher this morning, while agricultural commodities are mixed.

Looking back at Thursday, escalating tensions in the Middle East caused some early weakness, but stocks erased those initial losses on positive U.S. data to end the day’s session with modest gains.  January same-store sales came in much better than expectations despite severe weather in the Northeast.  Weekly jobless claims and December factory orders came in ahead of expectations and contributed to the intra-day turnaround.  Consumer Discretionary topped the sector rankings on the back of surprisingly resilient retailers’ results, while none of the S&P sectors fell.  Industrials and Financials were flat.  Commodities were mixed with most metals higher and crude and agriculture broadly lower.  The Australian cyclone had an impact on sugar, which fell over 9%.

Good earnings news continues. With nearly 300 S&P 500 companies’ results now in the books, an impressive 74% and 70% of companies have exceeded earnings-per share (EPS) and revenue targets, respectively.  EPS and revenue growth are tracking to year-over-year increases of 36% and 8%.  During earnings season, consensus estimates for the S&P 500 have risen by a full percentage point led by three sectors: (1) Energy, (2) Materials and (3) Technology.  A stronger-than-expected global economy and companies’ ability to manage higher input costs have contributed to the upside surprise.

The overall assessment of the January jobs report is mixed. Excluding the impact of the poor weather, the January jobs report paints a picture of an economy that continued to emerge from the summer 2010 soft spot, but was still growing too slowly to push the underlying unemployment rate lower or the core inflation rate higher.  Thus, the Federal Reserve is likely to continue its Quantitative Easing (QE2) program and seriously contemplate QE3, although the “hurdle” for the later is high.