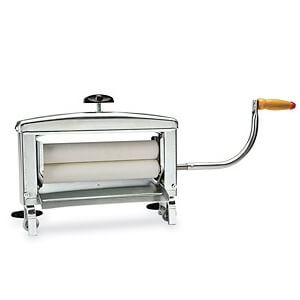 8/4/11: In the markets, as in life, there are no guarantees but everyone is entitled to their opinion. Here’s my opinion on the financial markets today.

Stocks got hammered today on widespread economic worries, including weak U.S. and European growth numbers and an anemic job market.  Selling gained momentum as Japanese and European policymakers stepped in with dramatic measures to shore up their financial markets.  All three major indexes have tumbled more than 3% and erased all of their gains for the year.  The indexes have also pushed into “correction” territory, defined as a 10% drop from their highs earlier in the year.  No doubt, fears about a global slowdown are at the forefront of investors’ minds amid recent weak economic data.  Coupled with the debt ceiling issue, all of this has created considerable headwinds for the markets to fight through this week.

Looking back at Wednesday, early losses threatened to give the Dow its ninth straight loss before bargain hunters stepped in and drove the averages higher.  Stocks fell early in the session despite an upside surprise from the ADP jobs report, though any positive reaction was wiped away by a soft ISM Services number.  The S&P 500 breaking down below its 200-day moving average surely triggered some selling as well before stocks later found some support.  Technology led, while Industrials and Consumer Discretionary also posted market-beating gains.  Energy lagged as crude fell to below $92, despite a smaller-than-expected inventory build.  Gold continued to attract safe-haven bids, as did silver, while a weak dollar, Swiss franc intervention and reports of more central bank buying provided an additional boost.

1. Bond market liquidity is not showing signs of stress. Key measures of day-to-day liquidity, which are crucial to the normal functioning of the bond market, are showing no ill effects from recent market weakness.  Following the affirmation of Treasuries AAA rating from Moody’s and Fitch, both repo rates and T-bill yields reversed their very minor increase and are back at historic lows.  The TED spread, a gauge of bank lending pressures, has increased slightly but at 0.26% remains not far from the one-year average of 0.22% and below the 0.50% reached during the “flash crash.”

2. European debt concerns continue to benefit Treasuries. Spanish government bond auctions met good demand this morning and yesterday’s eurozone purchasing managers surveys slightly exceeded expectations.  However, investors were looking for signs of additional aid from the European Central Bank (ECB) meeting this morning.  The ECB announced the opening of a 6-month lending facility to aid European banks but investors were seeking additional support measures.  The ECB noted the European Financial Stability Fund (EFSF) will buy bonds this fall when fully operational, but markets had hoped the ECB itself would announce more aggressive bond purchases as a way of throwing its muscle behind the problem.

3. The yen dropped most against the dollar since 2008. This occurred after the Japanese intervened in the foreign-exchange market.  The euro also sank as the ECB planned to make more money available to banks.  The rise in the dollar – along with fear of European contagion – caused commodities to fall.

4. Weekly jobless claims stay around 400K. 400,000 individuals filed for unemployment insurance last week, about the same number that filed in the prior week.  Over the past four weeks, an average of 407,000 people per week filed for unemployment benefits, the lowest four-week average since April 2011.  Around 130 million workers are eligible to receive unemployment benefits, and in the latest week about 7.5 million individuals were receiving some type of unemployment benefit.  In normal times, claims are a good measure of “frictional” unemployment – people between jobs – but in times of economic stress claims are a barometer of the health of the overall labor market.  Generally speaking, claims around 400K per week indicate a stagnant labor market.