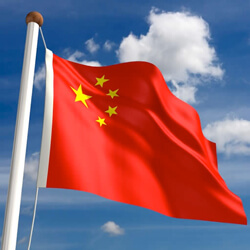 1/20/11: In the markets, as in life, there are no guarantees but everyone is entitled to their opinion. Here’s my opinion on the financial markets today.

Stocks opened lower this morning based largely in concerns that China’s accelerating growth could lead to rate hikes.  However, lower jobless claims domestically helped futures stabilize and “pare back” some of the losses driven by the Chinese data.  Reaction to the latest batch of earnings news has been mixed.  As far as these earnings are concerned, elevated expectations are becoming evident as slight revenue misses or in-line guidance are being greeted coldly by the market’s recent ascent.  European markets followed Asia down overnight.  Commodities are mostly lower on the news from China coupled with the dollar moving higher.

Looking back at yesterday, Wednesday’s selloff was driven by mixed earnings and weak housing data.  Some disappointing earnings results provided an excuse for market participants to take profits yesterday, although there were some bright spots.  Earnings results from Apple and IBM were well received, helping the Technology sector to outperform, and in the case of IBM, limiting the Dow’s decline.  On the negative side, disappointments among Financials, notably from Goldman Sachs and the trust banks, drove that sector down over 2% and weighed on the broad averages.  As was discussed yesterday in one of our “highlight points,” December housing starts added to the negative tone.  Materials also lost about 2%, while defensive sectors held up well overall but moved somewhat lower.

As a financial planning and wealth management firm, we were discussing four major items this morning that we thought would be of interest to our readers:

China’s economy grew 9.8% in 2010. The 9.8% growth rate exceeded expectations of 9.4% but still represented a deceleration from the 12% rate of the prior year.  Despite the deceleration, China most likely has some more policy tightening to do in the coming weeks and months.  The consensus estimate for China’s GDP growth in 2011 is around 9 to 9.5%.

Treasuries are selling off this morning following the release of better-than –expected jobless claims data. Later today, the Treasury will auction $3 billion of 10-year TIPS securities, the largest TIPS auction in history.  Treasury International Capital (TIC) data released this week shows that overseas investors increased their holdings of Treasury notes and bonds by $62 billion in November.  China maintained its position as the top holder with $896 billion.  While China’s total holdings of Treasury securities decreased as a result of Treasury bills rolling off, the nation continued to increase its holdings of longer-term Treasuries.

Elevated Treasury issuance to fund government spending and extension of tax cuts has raised concerns that the U.S. AAA rating could be in jeopardy. Fitch today warned that the fiscal metrics of the United States are the worst of any AAA sovereign nation.  However, the rating agency noted that the flexibility of the economy and the dollar’s status as the world’s reserve currency enables the nation to tolerate higher debt levels.  Whereas in Europe, ballooning budget deficits have contributed to higher interest rates, U.S. Treasury yields remain extremely low despite budget deficits and a steady increase in the debt-to-GDP ratio.

Weekly initial filings for unemployment fell in the latest week, but remain somewhat distorted due to weather and the holidays. 404,000 individuals files for jobless benefits in the week ending January 15th, 37,000 fewer than filed in the prior week.  The four-week average is down nearly 100,000 from the recent peak in August 2010 as double-dip recession fears gripped markets.  This drop in claims suggests that the labor market is improving, albeit slowly.