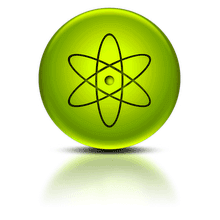 3/15/11: In the markets, as in life, there are no guarantees but everyone is entitled to their opinion. Here’s my opinion on the financial markets today.

Japanese stocks fell more than 10% overnight as the risk of nuclear fallout increased substantially and investors price in their worst fears – that radioactive material reaches Tokyo.  While the area directly affected by the quake and tsunami accounts for a small amount of Japan’s GDP, the risk that radiation cannot be contained has market participants “shooting first and asking questions later.”  Most global equity and commodities markets are down between 2% and 4%.  Everything outside of Japan is secondary at this point, but there is an FOMC meeting today that is unlikely to bring material changes to the Fed’s previously stated intentions.

Looking back at Monday, U.S. investors made out okay in losing only about half of a percent (this morning, unfortunately, is a different story).  The risk of nuclear fallout disrupted supply chains across various industries and Japan’s need for alternative power sources drove intra-market action in global equity markets.  Moves in most markets outside of Japan were orderly.  On the commodity front, U.S. crude oil recouped early losses to end near unchanged, while natural gas got some bids on expectations of increased Japanese imports.  The nuclear theme sold off hard, hitting uranium producers, producers of nuclear equipment and utilities pursuing nuclear power.

Additional observations on Japan. Radioactive dust could be blown to Tokyo if winds change direction and strengthen.  Already, much higher than normal levels of radioactivity are being detected all over northern Japan.  Japanese disaster relief efforts were already strained before the nuclear situation came to light.  Also, the risk of additional major earthquakes in the region is high, with general panic an emerging concern.  However, it is worth keeping in mind that markets are functioning, U.S. stock market valuations were already below average, and global economic activity is unlikely to weaken dramatically.

Weekly retail sales were up in the latest week despite rising gasoline prices. Weekly retail sales rose 0.1% week-over-week in the week ending March 2, leaving the year-over-year gain at a solid 3.1%.  Sales were skewed toward wholesale clubs, drug stores and discounters and away from more discretionary shopping.  Several “cross currents” including higher consumer energy prices and a late Easter this year (versus an early Easter in 2010) are negatively impacting sales in March, while a strong domestic economy, improving labor market and payroll tax cut are all acting to boost sales.  Weekly retail sales are within 0.2% of their all-time high set in the 2010 holiday shopping season.