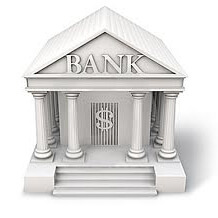 1/14/11: In the markets, as in life, there are no guarantees but everyone is entitled to their opinion. Here’s my opinion on the financial markets today.

U. S. stocks opened lower this morning following yet another increase in China’s reserve requirements for its banks, this time by 50 basis points.  On the domestic front, Intel reported strong top and bottom line results while also issuing revenue guidance above consensus.  In the Financial sector, JPMorgan Chase beat earnings per share targets handily, much of it on loan loss reserve releases that the market doesn’t tend to reward as much.  European markets were lower as the euro retreated, while Asia was mixed as the Hang Seng moved slightly higher and the Nikkei dropped.  Oil and gold were lower this morning, while copper was higher.

On Thursday, despite some early optimism over successful bond auctions in Italy and Spain, U.S. markets took a breather after a two-day rally.  Defensive sectors generally outperformed on the down day, with the exception of Healthcare which saw one of the bigger declines after Merck halted production of a major anti-clotting drug.

Around the Fi Plan offices this morning, we were discussing four items that we thought would be of particular interest to our readers:

Yesterday’s release of the semi-annual U.S. sovereign credit perspective from S&P and Moody’s didn’t have much effect on the bond market. The U.S. must address its long-term fiscal imbalances to maintain the AAA credit rating, but is at no risk of losing it in the next couple of years.  The upward move in U.S. bond yields in the fourth quarter seemed more tied to better economic growth than higher default or inflation risk premiums.

December retail sales were soft, but overall Q4 holiday sales were strong. Perhaps impacted by bad weather right before and right after Christmas, retail sales in December fell short of expectations.  However, the strength in sales in November indicates that holiday shopping may have started earlier this year than last.  Overall, retail sales have now climbed all the way back to their pre-recession, mid-2007 peak.

Although consumer prices have been driven higher by gasoline and tobacco, “core” inflation remains subdued. The December consumer price index rose 0.5% between November and December, pushed higher by gasoline (+8.5%) and tobacco (+0.8%) prices.  The 0.5% month-over-month increase was the strongest since June 2009 and may raise concerns about a higher spike in inflation.  However, a closer look suggests a much more benign price environment, as consumer prices excluding food and energy (core CPI) rose just 0.1% month-over-month in December and were up just 0.8% from December 2009.  Core inflation remains well below the lower end of the Fed’s unofficial comfort zone of 1.5% to 2%.  This core CPI data provides the Fed with more support to continue QE2.