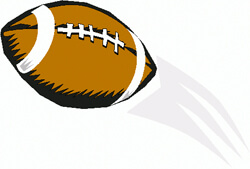 1/3/20011: In the markets, as in life, there are no guarantees but everyone is entitled to their opinion. Here’s my opinion on the financial markets today.

Unless your performance index is tied to Big Ten team bowl outcomes, this morning’s early market opening was looking strong.  Enthusiasm for overseas markets is spilling over into U.S. markets and helping a solid open for the S&P 500, along with energy and agricultural commodities.  Europe showed solid performance numbers coupled with indications that the Chinese economy is exhibiting slower growth and less inflation pressure.  The later helped the Hang Seng Index to a nearly 2% rally.  So, on the opening business day of 2011, as the world goes, so does the U.S.

Looking back to Friday, stocks held onto solid 2010 gains but couldn’t add to them on New Year’s Eve.  As is to be expected, Friday’s session was quiet, as no sector moved much in a day that lacked economic or company news to impact markets.  A nearly 7% December increase helped the S&P 500 achieve a more than 10% fourth quarter gain.  The S&P returned 15% for the year, with about two percentage points of the return coming from dividends.

Here are four items that we were discussing in the office this morning that we thought would be of interest to our readers:

There is a significant amount of economic data this week that the market will be watching. The economic reports likely to command most of the attention will “bookend” the week.  The Institute of Supply Management’s (ISM) report on manufacturing for December is due out this morning, while the U.S. Department of Labor’s employment report for December is due out Friday.  Further, chain store sales are due out on Thursday, with initial reports suggesting that the 2010 holiday shopping season was the best since 2006.  Overlaying all of these reports will be updated Fed information and additional metrics on Chinese inflation.

Municipal bond mutual funds suffered their seventh consecutive week of outflows, although the pace slowed. The Build America Bond (BAB) program expired on December 31, and tax-free municipal issuance is therefore expected to increase in 2011.  Total BAB issuance in 2010 of $187 billion represented about 40% of all municipal issuance for the year.

The Bank of America settlement is providing some clarity on the mortgage put-back issue. Bank of America reached a $2.8 billion settlement with Fannie Mae and Freddie Mac to resolve the issue that it sold fraudulent mortgages to investors.  The news is being well received by investors because it provides some clarity and is a smaller amount than many had expected.  However, the issue is still “hanging around,” as claims from private investors and other mortgage servicers remain unresolved.

Investors are starting the New Year by buying more stocks and possibly altering recent market behavior for the longer term. Until mid-December, investors had been withdrawing more money from U.S. stock mutual funds than they had been adding while strongly favoring bonds with their investment dollars.  While one week of inflows “does not a trend make,” the net selling of stocks and buying of bonds has been slowing over many weeks, suggesting a gradual change in behavior that may be sustained in 2011.