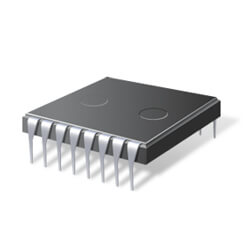 1/19/11: In the markets, as in life, there are no guarantees but everyone is entitled to their opinion. Here’s my opinion on the financial markets today.

Although the S&P opened slightly lower this morning, last night’s well-received results from Technology bellwethers Apple and IBM are lifting the NASDAQ.  In contrast to the Technology sector, the latest round of financial company results is mostly negative.  European shares moved lower on some selling pressure in the banks, while Asian stocks rose on strength in Technology and the Resource sectors.  The dollar, down more than 3% over the past week, continued its decline as the euro gains more support following successful debt auctions.  Crude got a boost from North Sea crude supply concerns, while metals and agriculture commodities are broadly higher.

In a recap of Tuesday, the broad averages continued their ascent even though Citigroup’s earnings disappointed and Apple sold off after the news of Steve Jobs’ medical leave.  The small amount of domestic economic data that came out had little impact on trading.  Overseas developments were generally positive, including another reasonably successful Spanish bond auction, which likely had more to do with the gains than domestic news.  Besides the narrow Telecom sector, Financials was the biggest sector loser.

Around the Fi Plan Partners offices this morning, there were four items that we were discussing that we thought would be of particular interest to our readers:

The earnings season is off to a good start for Technology. Intel’s results last week were positive, Apple’s results and guidance exceeded even optimistic expectations, and IBM grew services bookings for the first time in a while.  An improving spending environment, the benefit to supply chains for tablets and smart phones, and favorable seasonal trends are supportive of the sector.

The Financials sector earnings have been pretty much in line. Citigroup’s results disappointed and JPMorgan Chase surprised to the upside, but otherwise results have generally met expectations.  Improving credit metrics and an early pickup in loan growth have been seen by major banks that have reported, including Wells Fargo, U.S. Bancorp and JPMorgan Chase.

Housing starts posted a weak finish to a weak year. Housing starts fell 4.3% month-over-month in December.  The drop was more severe than the consensus estimate, which was looking for a 0.9% month-over-month drop.  Unusually bad winter weather in many parts of the country in December probably contributed to the decline, although not all of the drop.  The total number of housing starts in 2010 was the second lowest on record, next to 2009, which was the record low.  Building permits surged in December, and normally this would be welcome news as they tend to lead housing starts.  However, changes to building codes that took effect on January 1, 2011 pulled some permits from January into December, artificially inflating permit activity in December.  In total, it was a weak end to a weak year in housing.

Note: Indices such as the S & P 500 and the NASDAQ cannot be invested into directly.  These indices are used as a measure of conditions for different markets.