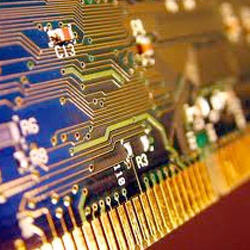 2/10/11: In the markets, as in life, there are no guarantees but everyone is entitled to their opinion. Here’s my opinion on the financial markets today.

Technology is weighing on the market open this morning after disappointing results were reported by a tech bellwether.  Meanwhile, results from one of the beverage giants also came up short of analysts’ expectations, providing a disappointing earnings backdrop for today’s trading session.  Sharply lower weekly jobless claims provided a bit of good news.  Earnings are also weighing on Europe, while in the Asian markets the Hang Seng fell about 2% as inflation concerns in China persist.  Most key commodity prices are lower, including crude, copper, gold and silver, putting some incremental pressure on global equity markets.

Looking back at Wednesday, the Dow managed to eke out a small six point gain and keep its winning streak alive, although the S&P 500 dipped three points.  Earnings-driven gains in the Consumer Discretionary and Staples sectors led to modest gains while Telecom was the only other sector in the green.  The resource sectors fell about 1% as crude and copper fell, even though the U.S. dollar fell half a percent.  Profit-taking after strong recent gains may also have played a part in yesterday’s selling pressure in Energy and Materials.

A house panel “leaned against” legislation to allow bankruptcy for states. Members of the House Oversight and Government Reform Committee’s panel on TARP and Financial Services indicated that allowing state bankruptcy could do more harm than good.  While the issue may settle down for now, it would not be surprising to see it “re-emerge” for political motives.  Republicans may use state bankruptcy in a broader campaign to attack what they view as unnecessary fiscal spending at the Federal level.

High quality bonds benefited from a “blow-out” 10-year note auction yesterday. The new 10-year note sold at a 3.66% yield, a full 0.04% lower than the yield level prevalent at the bidding deadline.  Indirect bidders, a group that includes foreign central banks, took down a record 71% of the auction.  The impressive auction results lifted the entire bond market, but Treasuries are modestly weaker ahead of today’s 30-year auction, the final leg of this week’s auctions.

Initial filings for unemployment insurance fell to a 30-month low in the latest week, but weather was likely a factor. 383,000 individuals filed for unemployment benefits in the latest week, the lowest weekly total since July 2008, just prior to the onset of the worst of the financial crisis.  At around 415,000, claims are still 50,000 to 75,000 per week above the level (350,000) that suggests sustained job growth.  Claims averaged 350,000 per week during the 2002-2007 economic recovery.

Is there any significance to the current “gap” between Brent (European) and West Texas oil prices? The wider-than-usual gap between Brent oil and West Texas spot prices is likely related to the turmoil in Egypt which raises the threat that oil supplies to Europe via the Middle East may be curtailed.  A pipeline failure in early 2011 in Alaska also may have pushed up Brent prices relative to West Texas on fears that the disruption in supplies to the U.S. might lead to increased demand for imported oil from Europe.