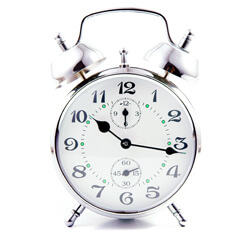 7/27/11: In the markets, as in life, there are no guarantees but everyone is entitled to their opinion. Here’s my opinion on the financial markets today.

U.S. stocks opened lower this morning as Washington remains at impasse as next week’s deadline approaches.  The lack of reported progress and likelihood that the U.S. loses its AAA credit rating is putting some pressure on global equity markets and pushing gold to another fresh new high.  Markets are largely ignoring today’s earnings news which is mostly positive, while sluggish durable goods orders didn’t help.  Banks are among Europe’s biggest decliners, while Asian markets tracked yesterday’s losses in the United States.  Gold and silver are solidly higher again, by 0.5% and 1.5% respectively, on safe-haven buying while crude is down on concerns about growth and inventories.

Looking back at Tuesday, stocks ended the session lower as investors continue to monitor debt deal talks in Washington while keeping an eye on corporate America as earnings season continues.  The economic data was mixed, with an unexpected improvement in consumer confidence but more weak housing data.  Technology was the only influential sector in positive territory, with support from the Hardware and Internet groups.  The narrow Telecom sector also managed a modest gain, while several earnings disappointments weighed on Industrials.  Commodities were broadly higher, led by copper, aluminum and grains.  Crude inched higher to close near $100 a barrel, while gold tacked on another five dollars to $1617.

1. What is the potential impact to the stock market if the U.S. credit rating is downgraded? Although the bond market has not priced in a downgrade, there is widespread acknowledgement in the stock market that the U.S. will lose its AAA rating in the next few months.  Rates may move higher, but the impact on earnings (the key driver of stock prices) is not likely to be significant.  A much more significant hit to earnings would occur if the U.S. defaulted on its debt, or the Treasury was forced to prioritize payments to avoid a default.

2. If the U.S. credit rating is downgraded, what will it take to then get an upgrade? Simply said, putting a solid plan in place (and sticking to it) to reduce the deficit and begin paying down the debt.  Canada and Australia in the 1990s are the most notable examples of AAA rated countries that lost the rating and regained it later on via less spending and more revenues.

4. The Fed’s Beige Book is due out at 2 PM ET today. The Fed’s Beige Book – a qualitative assessment of business, banking and economic conditions in each of the 12 regional Federal Reserve districts (Boston, NY, Philly, etc.) – will cover economic conditions since the last FOMC meeting in late June, a time period dominated by the debt talks, rising input costs, the end of the economic soft spot, sagging consumer sentiment and increased bank lending.  Much of what’s said in the Beige Book finds its way into speeches by Fed officials and ultimately, the FOMC meeting statement and minutes.